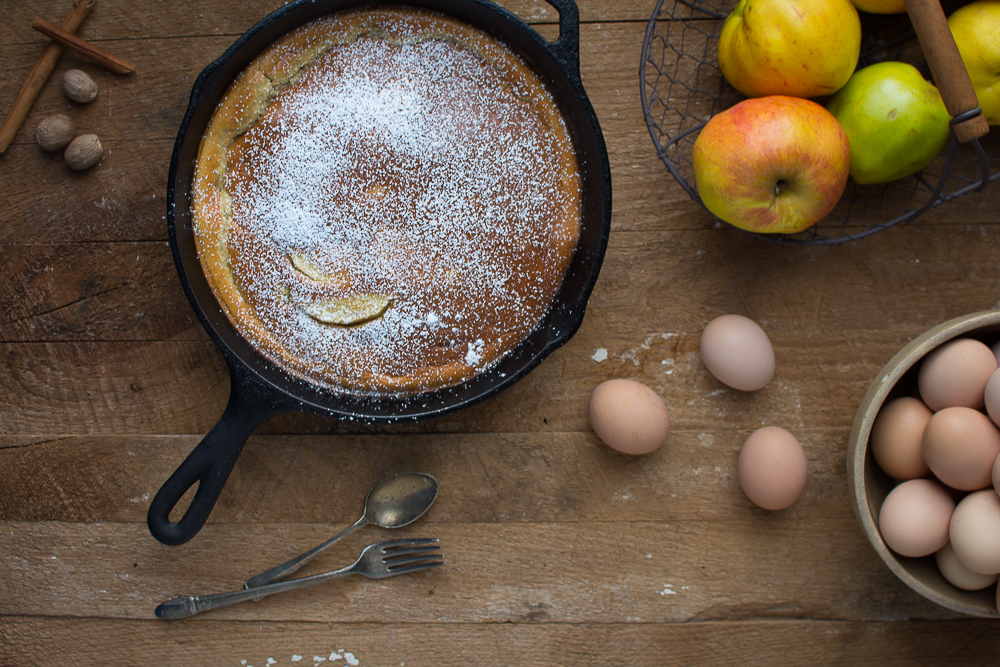 Dutch baby pancakes, puffy and golden brown, are my go-to dish for wholesome and nourishing breakfasts.  At night, when I’ve tucked my son into his cotton quilts and woolen blankets, I ask him what he wants to eat for the next morning’s breakfast.  So many dishes, properly prepared, need time  – soaked oatmeal porridge, baked oatmeal or buttermilk biscuits, for instance.  And while eggs are a household favorite, more often than not, “PANCAKES!” comes his reply.  Like most moms, I don’t have a lot of time in the mornings and as much as I love food and cooking, the painstaking process of pouring, flipping and turning every single pancake makes me shudder.  I get bored, check my email and burn half the batch of pancakes in the process. It’s not a pretty sight, and we’re left with a mountain of dirty dishes and batter-splattered counter-tops as a result.

So when he asks for pancakes, I negotiate.  “How about a Dutch baby?” I ask. He acquiesces and we’re both satisfied.

Dutch baby pancakes are sinfully easy to prepare.  In their simplest form, you can mix a quick batter, pour it into a skillet and throw it into the oven for ten to fifteen minutes.  And you're done.

Every time I write about Dutch Baby Pancakes, either the recipe for a Lemon and Honey Dutch Baby in my cookbook, or this one.  Perplexed readers, often Dutch, bristle and wonder why Americans call a Dutch Baby a Dutch Baby.

The recipe isn't Dutch in origin at all; rather it's American, with German influence.  Its origin is the Pennsylvania Dutch Community, who, like the recipe, aren't Dutch at all, but German, and have their own distinctive culinary heritage. And that reference to "Dutch" is really a reference to "Deutsch" or the German word for German.

And this pancake? It's related to Pfankukken, a German pancake made with eggs, milk, flour and sugar. 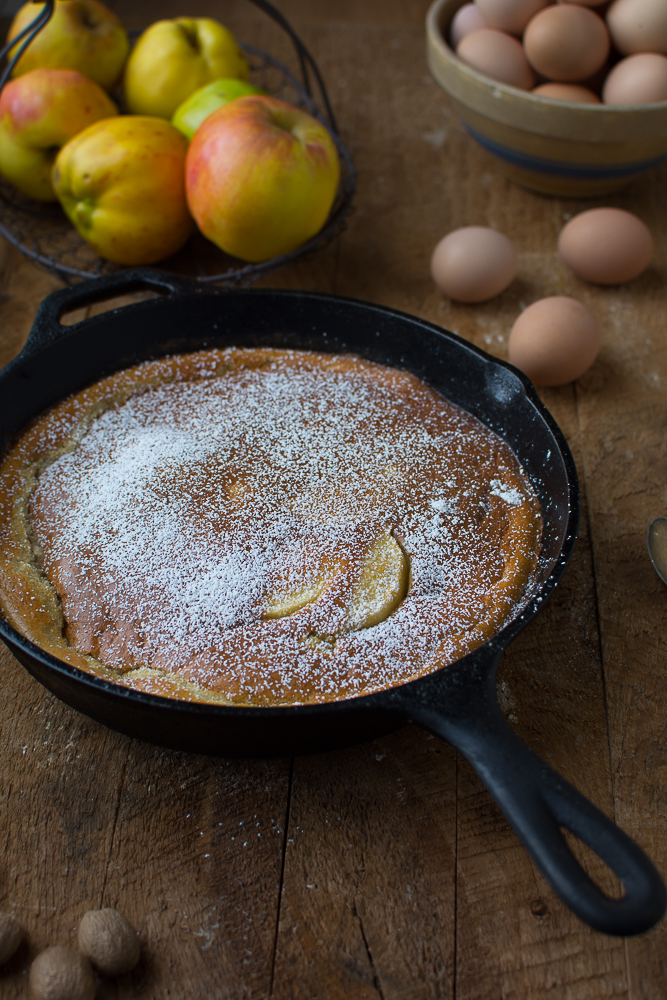 Thanks to the inclusion of both chopped apples and whole grain flour, this Dutch baby pancake won’t rise quite as high as those made with white flour; however, you’ll find the results equally delicious.
Cook Time25 mins
Total Time25 mins
Servings: 8 servings
Print Save Recipe Saved!

The Goodness in Sprouted Grains

Grains, nuts, seeds and pulses remain dormant until environmental circumstances can support the growth of a new plant. It's almost magic the way they can hold within their tiny kernel the potential for new life, and, even more, protect that potential until such a time as the plant as the best potential for success.

The way these plants maintain that stasis is through the effect of enzyme inhibitors, and when the circumstances are right (that is, the environment is moist and slightly acidic like fertile soil in springtime), they release that life and sprout. This transformation deactivates enzyme inhibitors and other antinutrients like food phytate, increases B vitamins and makes the grain's existing minerals more bioavailable. It also makes grains easier to digest (read more here). 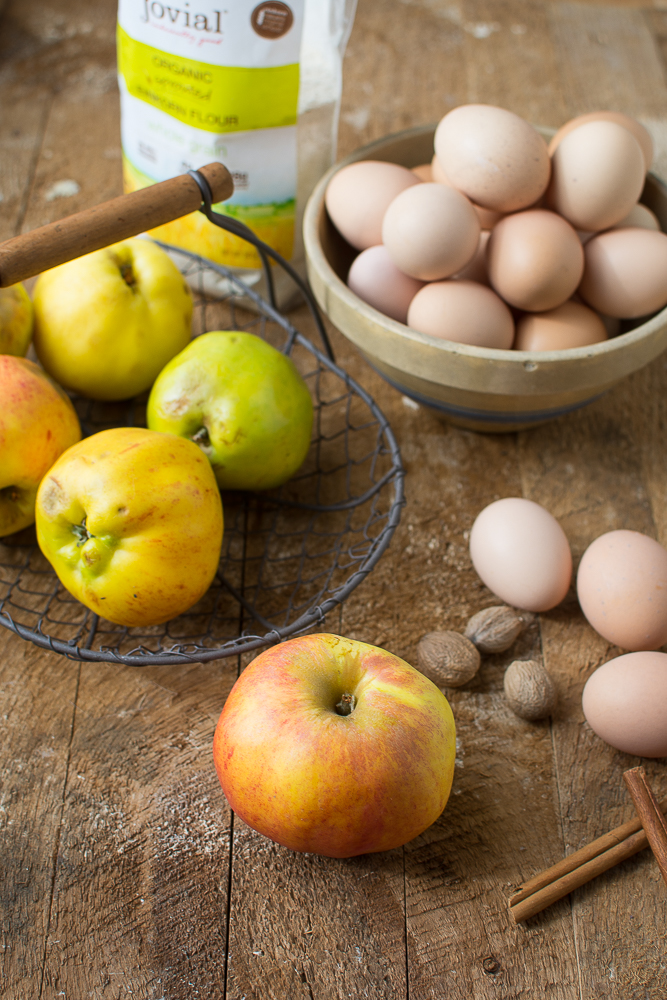 Previous Post: « Honey Harissa Chicken with Germinated Brown Rice Pilaf
Next Post: Why You Should Switch to Pasture-Raised Pork »