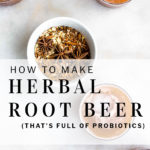 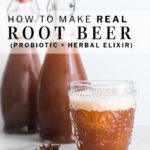 There’s an old-fashioned charm to homemade root beer with its odd array of roots and bark, flowers, leaves, and berries.  Fortunately, this old-fashioned herbal root beer recipe is easy to make at home.

You'll need aromatic herbs, a little bit of sugar, and a starter culture like ginger bug or kombucha. And within a few days, you'll have a naturally fizzy, bubbly brew.

Jump to Recipe | What is it? | Herbs | Brewing Tips | Variations

What is root beer?

Root beer is a distinctly American drink with a sweet, herbal flavor that's been made since the colonial era.

Traditionally, brewers made the drink by fermenting an herbal decoction made with sassafras bark, sarsaparilla root, and other herbs with sugar and yeast to make a naturally bubbly, probiotic soft drink. In this way, it joins the ranks of other traditionally fermented drinks such as kvass and tepache.

In the 20th century, the traditional herbal recipe fell from favor, and soft drink manufacturers began making it with artificial flavors. Moreover, they stopped culturing root beer and, instead, carbonated it.

While most homebrewers make their root beers from artificially flavored root beer extracts, there’s a certain undeniable charm of brewing root beer the traditional way. Slowly simmering a decoction of roots, bark, and spices, adding a touch of sugar, and then stirring in a starter.

Then all you have to do is bottle the brew and wait for those beneficial bacteria and yeast to do their work.

Sassafras, sarsaparilla, ginger root, and birch all give the brew its distinctive flavor, but without the additives.

Where to find organic herbs and spices

You can find many fresh herbs at your local grocery store; however, medicinal herbs can be harder to find locally. We recommend Starwest Botanicals because they stock a wide assortment of organic and ethically wildcrafted culinary and medicinal herbs.

>> Check it out here 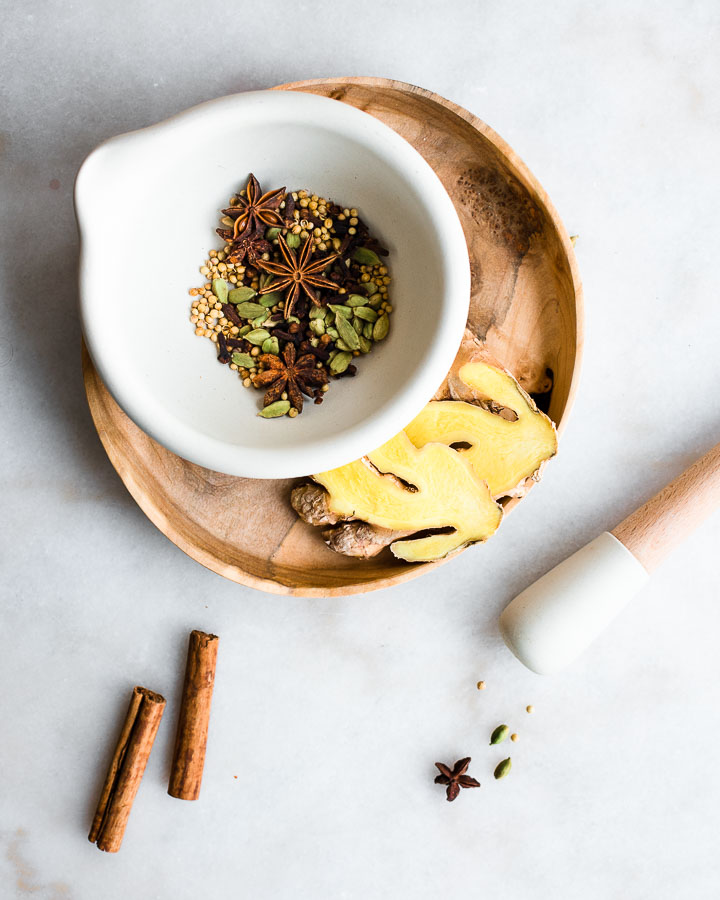 Sassafras is the dominant flavor in traditional root beer recipes. It also contains safrole, a naturally occurring polyphenol that you can also find in nutmeg, cinnamon, and other herbs.

In the 1960s, a study conducted on lab animals implicated safrole in liver damage.  Of course, the lab rats were fed massive quantities of safrole – the human equivalent of consuming about 32 twelve-ounce bottles of root beer a day. After the study was released, the FDA required commercial soft drink makers to remove sassafras from their brews.

As a result, wintergreen came to replace sassafras in commercial root beer recipes.

Interestingly, while massive quantities of safrole caused liver cancer in lab animals, it seems that small doses may actually play a protective role for humans.

And the small amounts of safrole in your homemade root beer are likely just fine.

How to Make Root Beer

There are three basic steps to making homemade root beer. First, you'll start by making an herbal decoction by simmering the herbs in water until they release their aromatic compounds and other constituents. Then you'll sweeten the brew and add a starter culture so that it ferments. Lastly, you'll bottle the root beer and let it culture.

As it ferments, all the microbes in your starter culture will consume the sweetener. As a result, your root beer will fizz and bubble. And it's a great source of probiotics, too.

Homemade root beer is easy to make and is just about as simple as boiling water or making tea. But, there are a few things to keep in mind as you make this recipe.

Switch your starter culture by substituting kombucha, jun tea, or water kefir. You can use these fermented drinks in equal amounts as ginger bug.

Swap the sugar. You can use an equivalent amount of maple syrup, maple sugar, honey, coconut sugar, or any other caloric sweetener.

Make it milder. Traditional root beer recipes incorporate many medicinal herbs which can give a bitter edge to the brew. If you prefer a more modern-tasting root beer, eliminate dandelion root from the root beer recipe and consider adding mint in its place.

Make it more complex. Hops and juniper are good additions to homemade root beer but may give the brew a bitter or medicinal edge.

If you don't have time to ferment the root beer, consider making a sweet-tasting syrup. Mix the herbal tea with 1 ½ cups sugar, and then boil it until it reduces and forms a fine syrup. Mix 2 tablespoons of this syrup into sparkling water.

Try these other fermented drinks next: