These simple naturally sweetened desserts won't have you missing the refined white sugar. Instead, they're sweetened with minimally processed, natural sweeteners such as maple syrup, honey, and unrefined cane sugar such as panela and jaggery.

Jump to Recipes | What is it? | What are natural sweeteners? 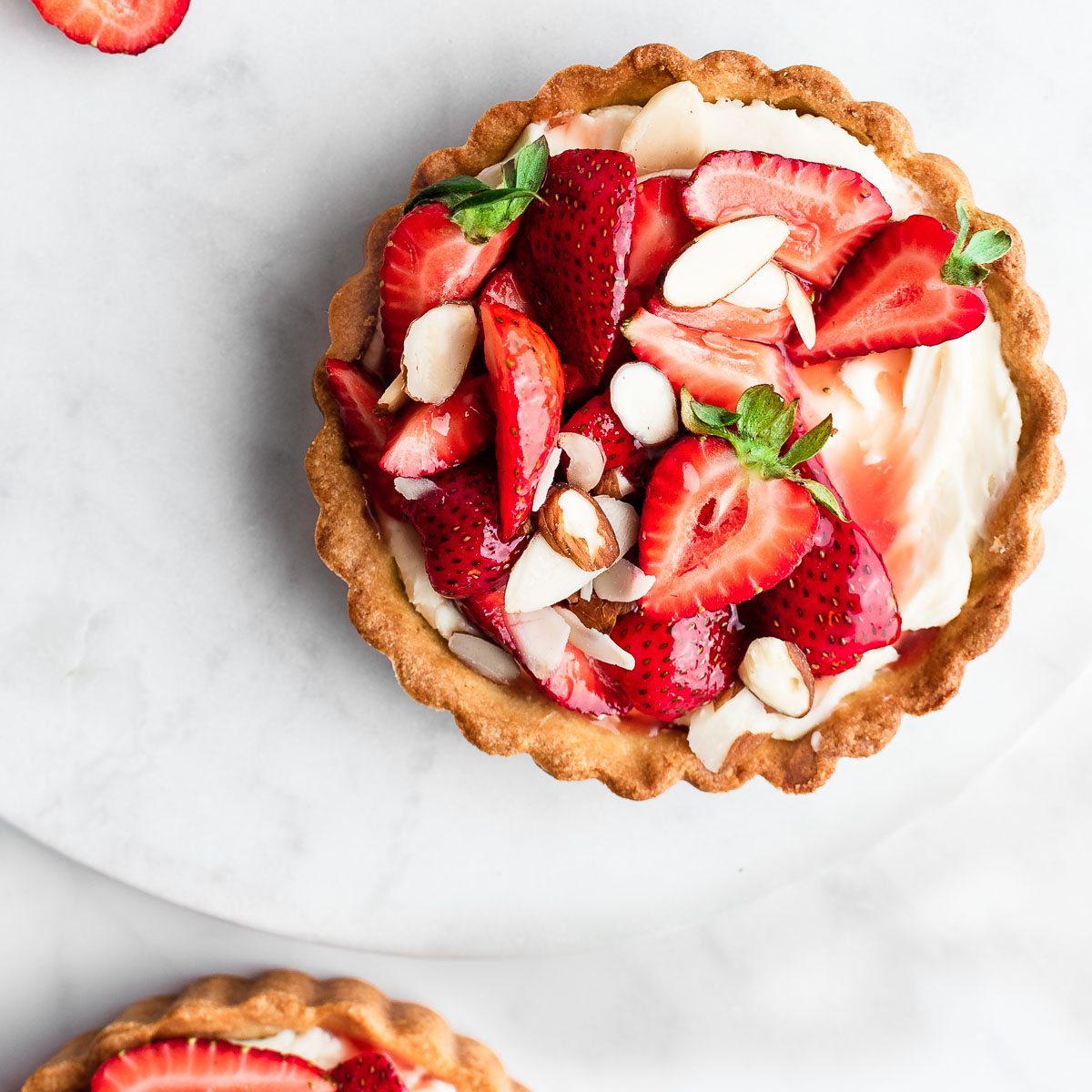 These natural sweeteners are still high in simple sugars but are typically a richer source of micronutrients than refined sweeteners such as white sugar or high fructose corn syrup.

What kind of natural sweeteners do you use?

Honey is a natural sweetener made by bees.  It tends to be slightly sweeter than sugar.  Accordingly, if you're using honey in place of white sugar, you'll want to use slightly less.

While honey is a caloric sweetener, it contains more than just sugar alone. Rather, it contains small amounts of B vitamins, iron, potassium, zinc, selenium, and manganese. Additionally, bees collect pollen from plants that contain flavonoids and polyphenols. And these powerful antioxidants make their way into the honey, too.

Maple syrup and sugar are made from the concentrated sap of sugar maple trees. The trees are tapped in the late winter and early spring, their sap collected and concentrated by boiling it into a fine syrup that can range in color from light amber to a deep, dark brown. Maple sugar is an even more concentrated form of the syrup, in which the sugars have been cooked until they crystallize.

Like honey maple syrup and sugar contain more micronutrients than refined sweeteners. While they're both primarily made of simple sugars, which account for their sweetness, they also contain small amounts of manganese, iron, calcium, and zinc.

Unrefined cane sugar takes many forms and is traditional sweetener used across South and Central America as well as Asia. Rapadura, jaggery, gur, panela, and piloncillo are all types of minimally processed cane sugar.

To make them, growers typically press the juice from fresh sugar cane, and then boil the juice until it crystallizes, forming a mineral-rich dark, moist sugar.

These unrefined cane sugars typically contain small amounts of magnesium, potassium, calcium, manganese, and iron as well as trace amounts of vitamins A, C, and E.

Palm sugar is a sweetener made from palm trees.  As with maple sugar and unrefined cane sugar, palm sugar is made by concentrating the sap of palm trees through boiling.  When it crystallizes, artisans form the sugar into cakes which are then sold.

These naturally sweetened dessert recipes include cookies, cakes, custards, ice creams, and sorbets.  They primarily use honey and maple syrup, although you'll find plenty using jaggery and other natural cane sugars, too.