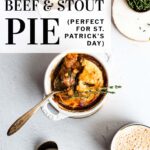 Rich and savory, this beef and stout pie recipe is always a huge success every time I serve it. A crisp, tender crust covers a robust stew made by simmering beef and root vegetables in a thyme-scented broth made with bittersweet dark ale.

It makes an appearance at our table every St. Patrick's Day, along with other classic Irish recipes, but it's perfect on any day when your body craves something hearty and robust.

Meat pies are common all over the British Isles. And beef and Stout Pie is particularly common in Ireland where it's also referred to as Beef and Guinness Pie. In the tradition of other ale pies, you start with a slow-cooked stew of beef, vegetables, broth, and beer topped with a tender, flaky pastry.

While most versions include only a top crust, the recipe is traditionally baked in a pie dish with both a bottom and top crust. And sometimes it's even turned into a hand pie, a convenient option for a picnic or lunch on the go.

Like other savory pies, this recipe works by slowly and gradually building flavor. You start by searing seasoned beef cubes, before adding broth and stout beer. To this, you'll add root vegetables and aromatics such as onions and herbs. These key ingredients simmer together until fragrant and tender, after which you'll add a top crust and bake it a second time until the pastry's cooked.

Where to Find Grass-fed Beef

Wild Pastures delivers grass-fed and pasture-raised straight to your door. They have good prices and work exclusively with American farmers practicing regenerative agriculture.

Check it out here 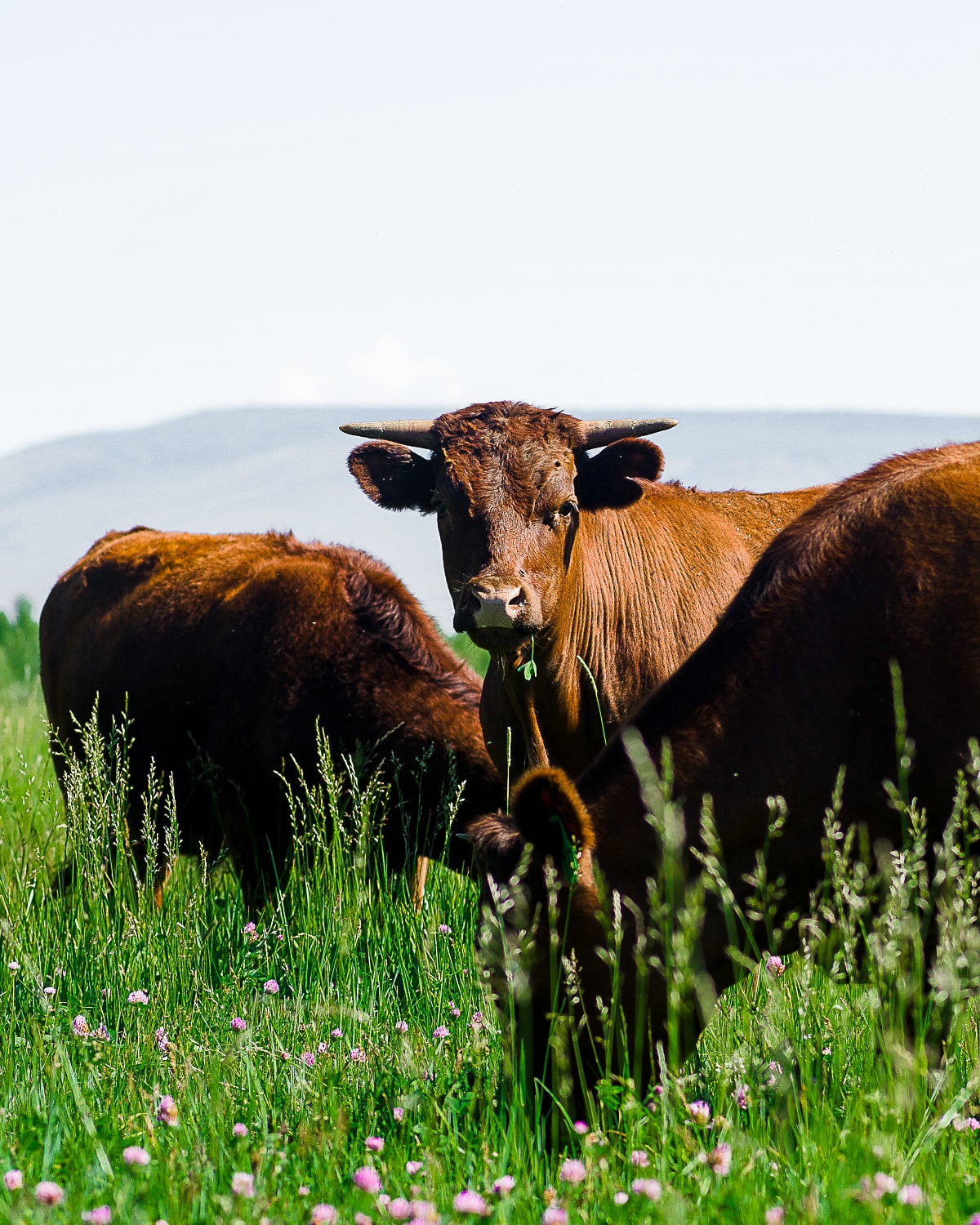 For this recipe, you'll need to make two components: stew and pastry. For that reason, it can be a little tricky to make, so there are a few key tips you'll want to pay attention to.

Rate this Recipe
5 from 1 vote
8 servings

A tender, flaky crust envelops a savory stew made by simmering beef and root vegetables in plenty of broth and stout beer. Serve it with a pint of Guinness and a crisp salad, and save the leftovers because it's even better the next day.
Prep Time20 mins
Cook Time3 hrs 30 mins
Total Time3 hrs 50 mins
Print Save RecipeSaved! Click to Remove Ads

For the Pie Filling

For the Pie Crust

Try red wine in place of stout beer. While dark beer is a central flavor profile of this recipe, you can make an alternate version using dry red wine place of beer. Add bay leaves to the stew while it cooks, as they give it an irresistible flavor.

Mix up the vegetables. For this beef and stout pie recipe, you'll use a combination of parsnips, carrots, and celeriac. But, you can substitute other vegetables if you prefer. Both potatoes and mushrooms are common additions.

Turn it into a hand pie. For a version that you can pack on the go, try decreasing the liquid by about half so that it because thick. Then arrange 6-inch circles of pastry on a floured surface. Place a few spoonfuls of stew in the center of the pastry and then fold it in half, crimp the pastry shut, and cut a vent in the top of the pie. Bake until cooked through.

Add tomato paste. Tomato paste can give the beef stew a bright, acidic note with hints of umami. Stir a tablespoon or two into the stew at the same time you add the broth, beer, and Worcestershire sauce.

Make it in a slow cooker. Instead of making the stew in a Dutch oven, you can use a slow cooker instead. Brown the meat first, and then add all the ingredients to the slow cooker, cooking on low until the stew is thickened and the meat and vegetables are cooked through. It'll cook for about 6 to 8 hours.

Yes, prepare the pie as you normally would. Ladle the beef and stout stew into your container, allowing at least 1 inch of headspace. Let it cool to room temperature, and then top it with the pastry. Cover with a tight-fitting lid and then freeze the pie for up to 6 months.

To reheat the casserole, heat the oven to 350 F, and then bake for 90 minutes.

Beef and stout pie will keep for about 5 days in the refrigerator and up to 6 months in the freezer.

Can I make it gluten-free?

Can I make it without the alcohol?

While stout beer is one of the central elements of this recipe, you could make an alcohol-free version by substituting additional beef bone broth for the beer.

Can I make it dairy-free?

To make a dairy-free version, substitute tallow, lard, or olive oil for the butter and ice-cold water for the heavy cream. Instead of brushing the pastry with cream, make an egg wash using a mix of egg yolk and water. Brush it over the pastry before baking instead of cream.

What if I don't have whole-wheat pastry flour?

Whole wheat pastry flour, which is made from soft white wheat, gives the crust a lot of flavor and so it's worth purchasing. If you can't find it, substitute an equal amount of all-purpose flour.