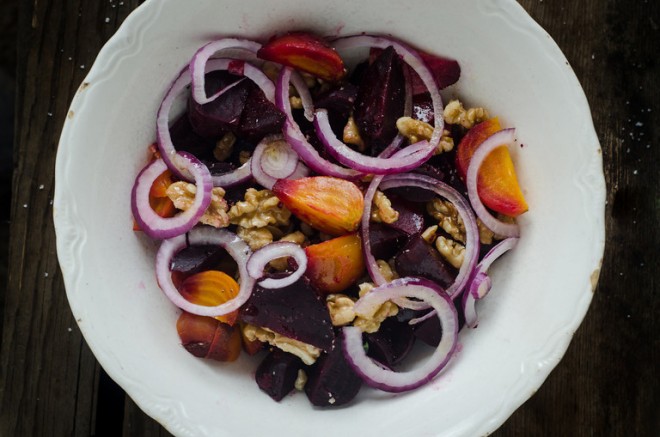 I wanted to share a little treat with you today, a new recipe from my cookbook The Nourished Kitchen.   After having worked on it, visiting farms, testing recipes and taking photographs, for the better part of two years, The Nourished Kitchen will finally arrive in stores (or on your doorstep if you were good enough to preorder a copy) in just a few short weeks.  And, for those of you wondering, the cookbook features almost entirely new recipes and tutorials not featured in the recipe archives.

There’s something special about the tangibility of a cookbook, thumbing through pages instead of clicking through on a screen.  It’s something you can hold close, pass around, dog ear and mark for your favorite recipes.  It’s that real, hold-in-your-hands beauty I wanted to share with you as I carefully photographed, prepared and wrote the book.

Recipes from The Nourished Kitchen

In the book’s first chapter, I focus on foods from the kitchen garden, with emphasis on fresh, seasonal salads and vegetable side dishes.  You can sneak a peek of some of the recipes in this chapter if you click through here.  Each of the cookbook’s eight chapters brings focus to how and where foods are produced: gardens, pastures, rangeland, waterways, orchards and fields.  Here The Nourished Kitchen emphasizes the connection between how our food is produced, how it is prepared and how it nourished our bodies, our families and our communities.  My goal was to create a cookbook of beauty, tradition and connection.

One of my family’s favorite recipes from the first chapter – from the Garden – is this Roasted Beet and Walnut Salad with Kombucha Vinaigrette in which the sweet spice of allspice and cloves and the acid notes of kombucha tea envelop roasted beets and crunchy toasted walnuts.   I make this salad in cold weather from the beets we’ve grown in our garden, serving it as a wintertime salad with a hunk of crusty sourdough bread and a bowl of soup.

I like to use a mix of beets in the recipe – golden beets, deep red beets and occasionally the candy-striped chioggia.  Their loveliness comes together in an exquisite way as the juice from the red beets bleeds into paler varieties, tinging them with pink.

Kombucha tea (you can learn more about how to brew it here) has a lovely sweet sour profile comparable to apple cider vinegar, which makes it a good substitute for vinegar and a fantastic pairing for sweet spices.  It’s a lovely match for the earthiness of beets that want for something striking to brighten their flavor.

Many of you have asked if you’ll be able to order the book in the UK, Canada or in other countries, and I’m pleased to let you know that The Nourished Kitchen will also be available in the United Kingdom, Canada and Australia. 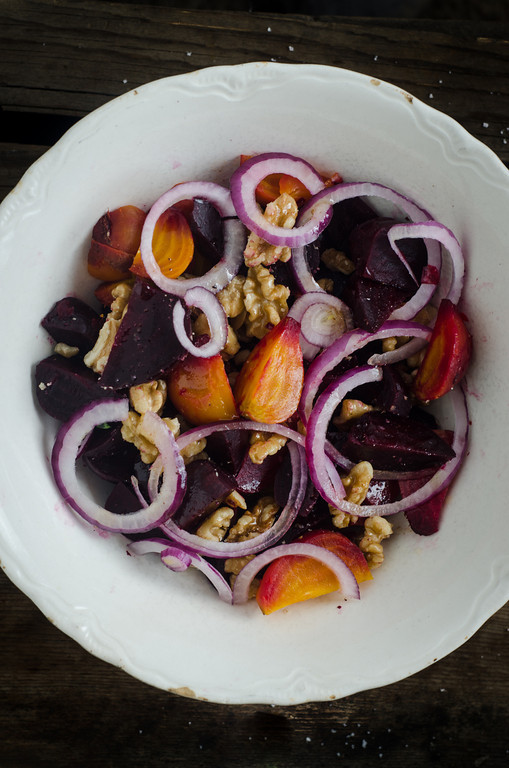 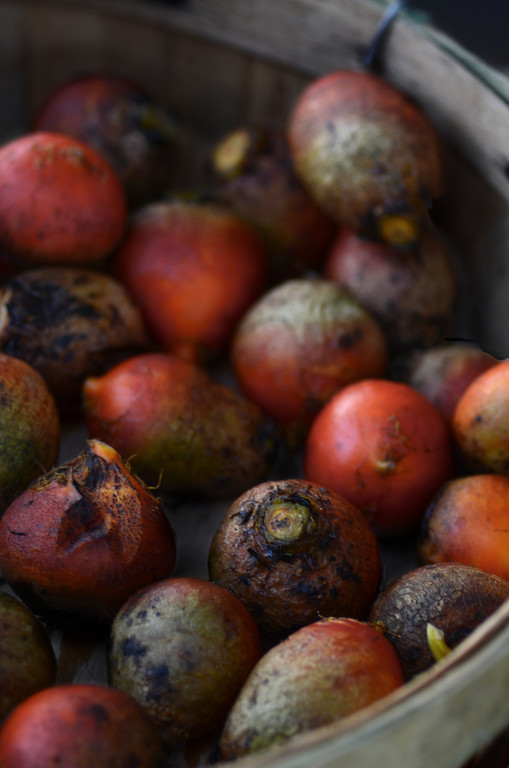