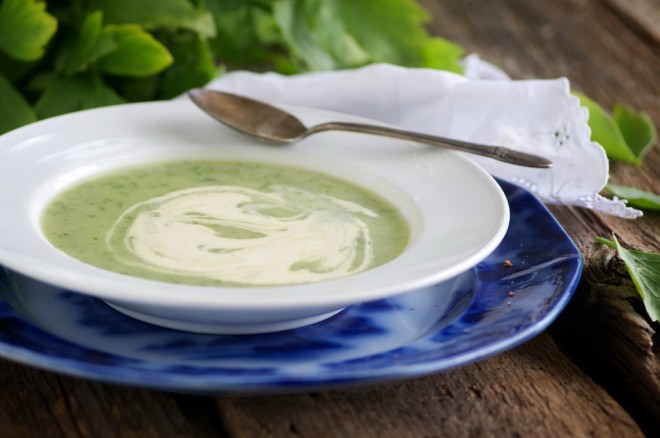 In the spring, our CSA brings us tender greens, young lettuces, small roots and huge bunches of herbs.  As I picked through the farm’s choices of herbs that week: angelica, rose geranium, wormwood and mountain mint, I found myself taken by lovage.  Its clean and almost antiseptic scent and celery-like undertones appealed to me.

Not quite sure what I’d do with it – sure I paired its leaves with lentil soups before – but I wanted to reserve it for something special, a dish where it could shine on its own without simply being a seasoning for something else.  I kept it in a mason jar filled with cold water, as I do all my big bunches of herbs.

Later that week, one of my son’s friends came over to play.  As his mother dropped him off,

she exclaimed, “Is that lovage?”

She detailed her love for the herb, and how it’s supposed to purify the blood (though most herbals indicate lovage is used for digestive issues, and there’s some evidence that lovage – at least its oil – is potently anticarcinogenic).  Before she left, she scrawled a quick recipe for me on a piece of stray paper.  And this is Jill’s recipe for lovage soup (with my addition of green onions as those, too, are plentiful in our CSA this time of year). 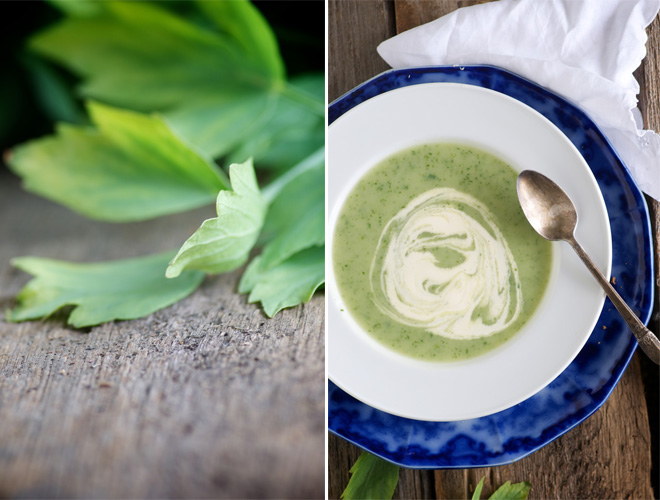 the beauty of broth

As I’ve written before, my husband and I try to drink a quart of bone broth each day w

hich means I serve a lot of soups.  Most lunches, and often dinners, are simple in our home: a pot of soup, a hunk of no-knead sourdough bread with raw butter or cheese, a green salad with unrefined olive oil (I get my favorite online) and raw cider vinegar or lemon juice, sliced vegetables with homemade mayonnaise or allioli and cup full of berries and mint (or cream) for dessert.

There’s something uniquely nourishing about soups.  They soothe more than they simply feed.

Prolonged cooking draws minerals like calcium from bones into broth.  Further broth is rich in gelatin – an easy to digest protein – which helps to boost skin health while also soothing the digestive system which makes bone broths particularly important for those undertaking healing protocols like the GAPS diet.

In this lovage soup, I like to use fresh chicken broth, but you can also use roast chicken stock or even the perpetual soup from your slowcooker. 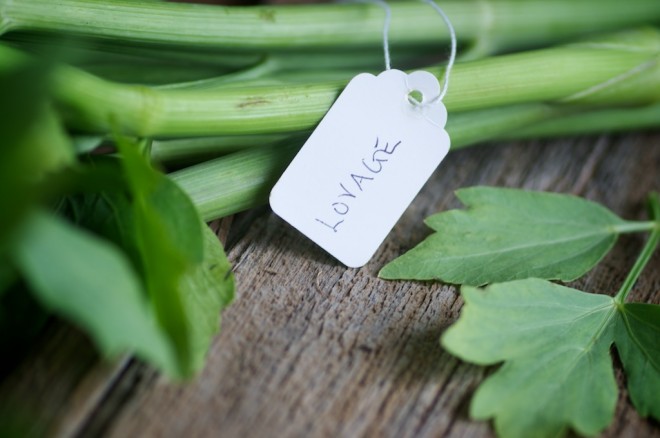