Kale and white bean soup, hearty and marvelously simple, makes it to our kitchen table a few times each winter when the damp, cold, dark days of the Pacific Northwest call for something both warming and filling.  It’s an inexpensive soup to make, combining good broth with winter vegetables and beans.

Making Kale and White Bean Soup is also an exercise in patience and in delayed gratification.  It’s not a food of immediacy (though you can certainly use some purchased chicken bone broth and a jar of organic beans and have it done in twenty minutes), and, instead, it takes a bit of advanced planning: preparing a long-simmered bone broth, soaking beans and boiling them until tender before assembling it all in the soup pot. 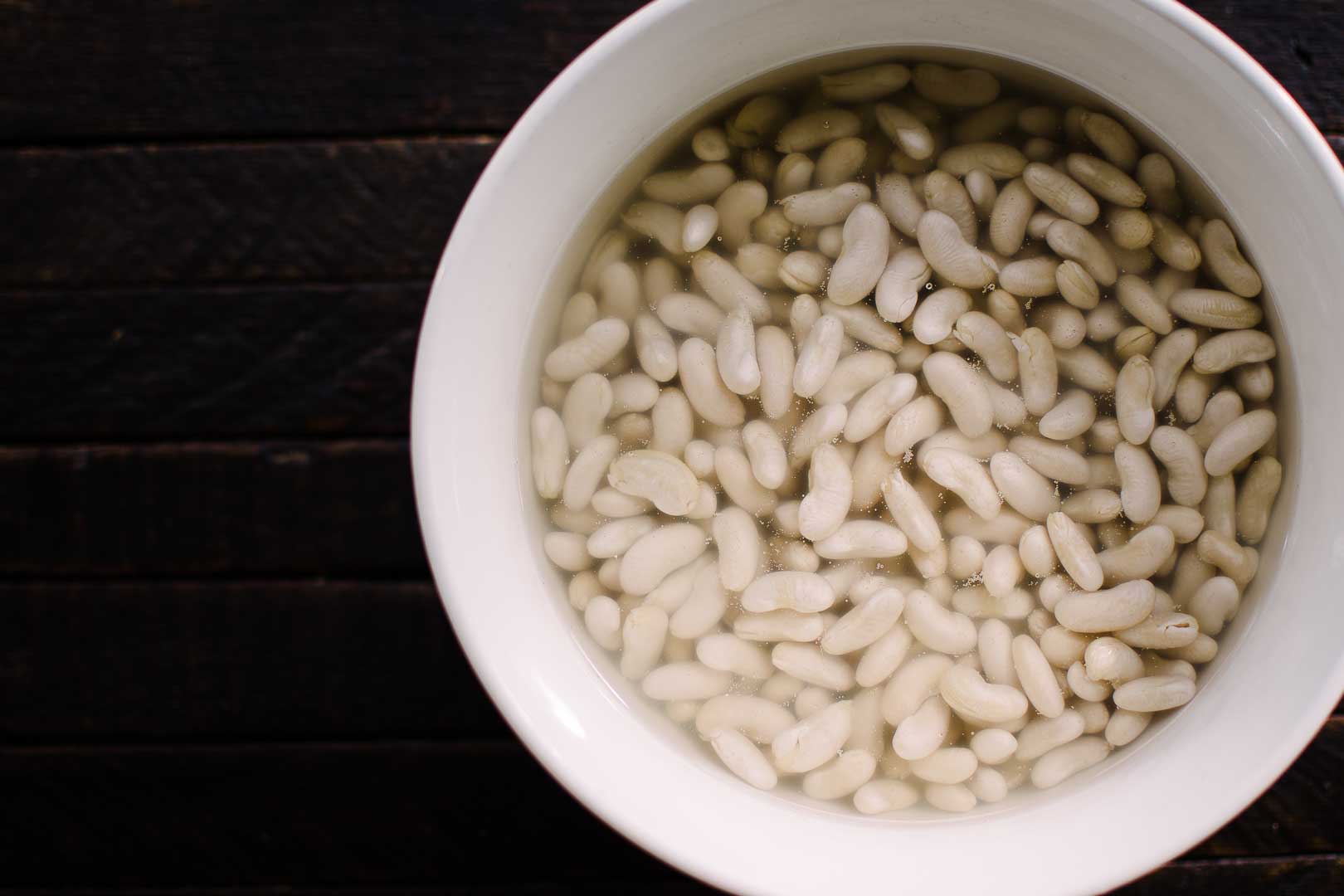 A real broth adds not only flavor as the base of soups and stews, but it also provides much needed nourishment, too.   Bone broth’s savory flavor enhances and gives depth to otherwise bland foods like beans.  Those savory notes which aren’t quite salty and are certainly not sweet, are more accurately described as umami – a Japanese term – and they’re the result of the long-simmering time required in making good broth.  As bones simmer slowly, they release amino acids, the most notable of which is glutamine – an amino acid that is particularly responsible for bone broth’s elusively described but distinctly savory flavor.

Bone broth is also particularly rich in gelatin, which is produced when the collagen-rich connective tissue that adheres to bones dissolves in water.  Gelatin helps you to get more protein out of the foods you eat, making bone broth a perfect partner for beans.

Cannellini beans give this soup body.

Cannellini beans, a small, kidney-shaped white bean, gives this soup its body.  Cannellini beans, like all beans, are rich in folate – a B vitamin that is critical for women of reproductive age.  They are also particularly rich in fiber, which not only helps to keep you feeling full longer, but also helps to nourish and feed the microflora of the human gut.  Fiber is food for good bacteria, and eating fiber-rich foods correlates with more diverse, and better overall gut health.

Lacinato kale, added just to the end, gives this soup its brightness.  Kale is particularly rich in beta carotene, an antioxidant that can be converted to vitamin A in the right circumstances, as well as vitamin K1, a nutrient that helps your body respond to injuries and helps your blood to clot efficiently.

Perfumed by sweet bay, Kale and White Bean Soup is a staple on my family's kitchen table during the cold, dark evenings of winter when dinnertime calls for something wholesome, nourishing and filling. It's easy to make, wonderfully light on the budget and excellent served with a hunk of whole-grain sourdough bread and a drizzle of olive oil.
Prep Time5 mins
Cook Time2 hrs
Total Time2 hrs 5 mins
Servings: 2 quarts
Print

You can use canned beans. You can use canned cannellini beans. I recommend these beans because they're organic and packed in glass jars. You can make the beans in advance.If you have extra time on the weekend, but not much during the week, just boil the beans in salted water in advance, and store them in the fridge up to five days or in the freezer up to 6 months. You can add them to the soup pot still frozen, if you're in a pinch.
Tried this recipe?Mention @nourishedkitchen or tag #nourishedkitchen!

How to Make Good Bone Broth

Made by simmering bones in water made slightly acidic with vinegar or wine, bone broth is relatively easy to make.  It is also nutritious owing to its high protein content and relatively inexpensive.  You can make bone broth easily (there’s great recipes in the cookbook Broth and Stock). 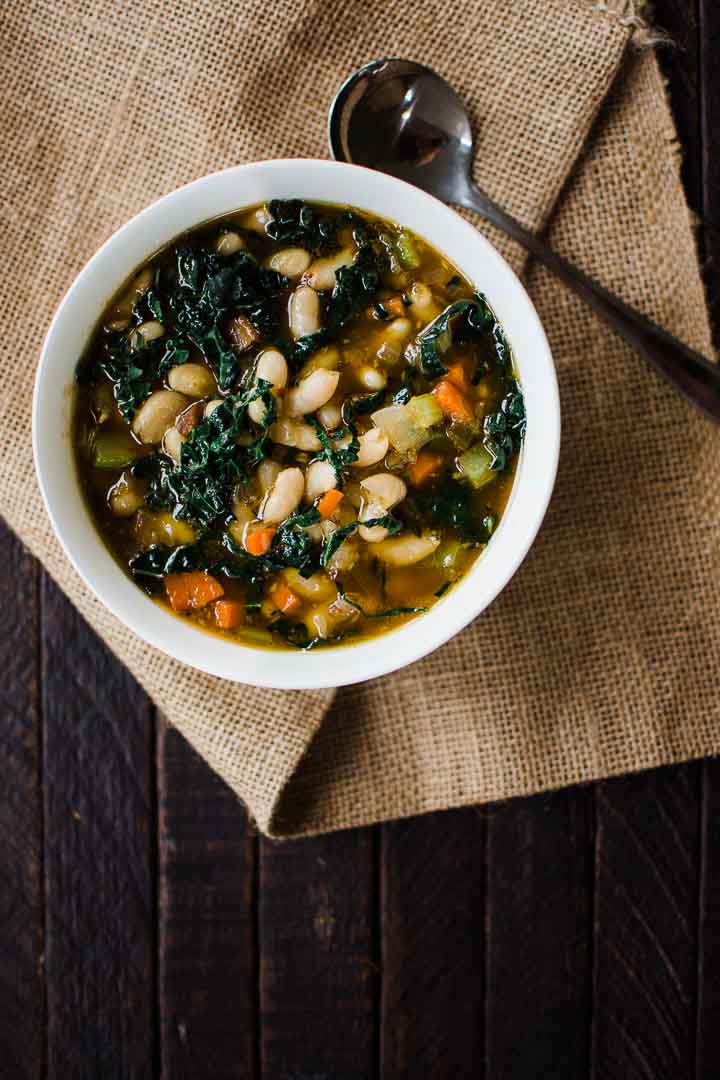