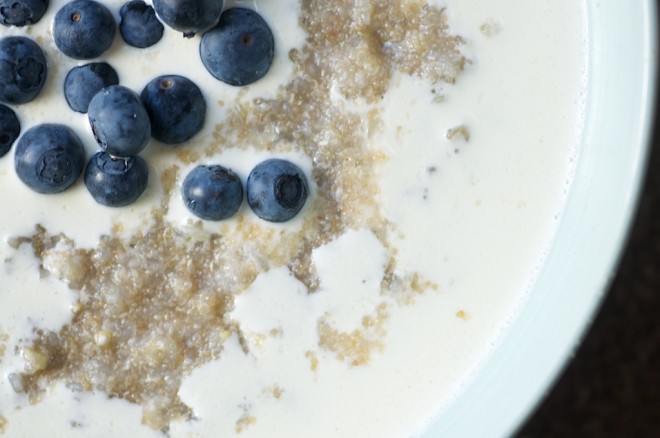 I have a secret love of porridge, and, in the winter months, it is one of our favorite breakfasts.  We eat soaked oatmeal porridge, mostly, and congee from time to time, but occasionally I like to focus on other grains and pseudocereals like buckwheat, amaranth and quinoa whose grassy undertones blossom when paired with fresh blueberries, heavy cream and a generous dose of fresh ginger.  These breakfasts are invariably served with fried eggs and wilted greens – Swiss chard or spinach, mostly.  It’s a lovely way to start the morning.

Buckwheat is rich in niacin, pantothenic acid, riboflavin, manganese, magnesium, phosphorus, copper and zince as well as a potent flavonoid called rutin.  Rutin, like other antioxidants, extends the power of vitamin C, and, as such is strongly anti-inflammatory.  Rutin can also help protect LDL cholesterol from oxidation.  Buckwheat is also extraordinarily rich in the enzyme phytase which helps to break down phytic acid, a naturally occurring antinutrient that can block your body’s ability to absorb minerals.

I love amaranth, another pseudocereal, for its tiny, pale beige seeds.  Amaranth leaves are also used in cooking, though most people are better familiar with amaranth’s use as a decorative plant.  Amaranth is rich in iron, magnesium, phosphorus and manganese.

Much in the way that hoppy beer and oatmeal are recommended for nursing mothers in western cultures, quinoa was also traditionally used as a galactologue; that is, it was used to stimulate the flow of milk in breastfeeding mothers.  In Nutrition and Physical Degeneration, a landmark book penned by a Cleveland dentist and intrepid researcher who traveled the world analyzing the native diets of healthy populations, quinoa porridge is used by both African and Peruvian mothers to stimulate the flow of milk.

Getting the most from what you eat: proper preparation

All grains, nuts, seeds, pulses and pseudocereals benefit from proper preparation, and our recent love of these whole foods has come somewhat to our detriment.  You see, while many people embrace a return to whole foods like quinoa, buckwheat, nuts, lentils and whole grains, they fail to understand that these foods require special preparation without which their stunning array of minerals is not well-absorbed.  Further, without proper preparation, these foods can be difficult to digest.

To receive the greatest nutritional benefit from these foods, they must be soaked, soured or sprouted and cooked.  These traditional processes help to activate food enzymes like phytase which then, in turn, deactivate antinutrients.  The end result is that your foods offer your body a greater array of absorbable minerals while also increasing overall digestibility.  Indeed, when traditional peoples prepared porridges and breads, they used freshly ground meals and flours that were summarily prepared through soaking or souring. 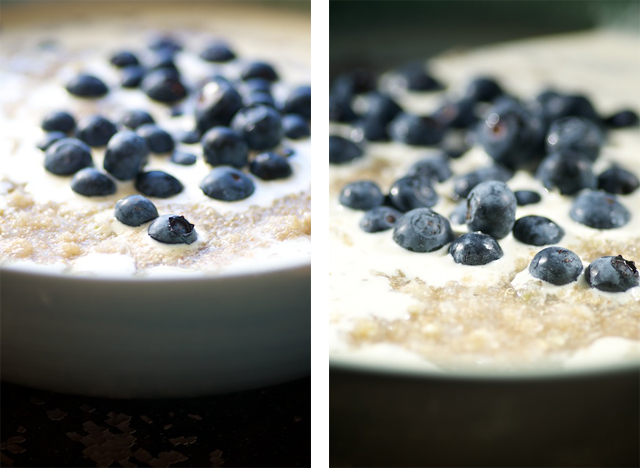 three-seed porridge with ginger and blueberries