Nourished Kitchen » On Food and Cooking » Making Fat: How to Render Lard

Rendering lard is a lost art – a worthwhile technique forgotten in a fat-phobic, Lean Cuisine-centered culture.  Many cooks, seeking out local foods and forgotten traditions, have rediscovered how to render lard in their homes. Learning how to render lard needn’t be a difficult task; it requires clean fat, clean water, a good stock pot and a quiet afternoon in the kitchen.  The reward of a beautiful, creamy white jar full of freshly rendered, pastured lard is worth the minimal effort.

Pastured lard is a remarkably good source of vitamin D and of monounsaturated fat – the same fatty acid found in olive oil and avocado that is heralded for its benefits to cardiovascular health.  Odd that lard, given its fatty acid profile and vitamin content, earned such a bad rap over the last few decades.  Like many wholesome, nourishing fats, lard seems to have been swept aside for a time, but it’s quickly earning a much-deserved renaissance – ensuring that taking the time to learn how to render lard is worth your effort both in terms of its redeeming nutritional value as well as in celebration of the wealth and variety of your local foodshed.  Hogs, and their nutrient-dense fat, are widely available. 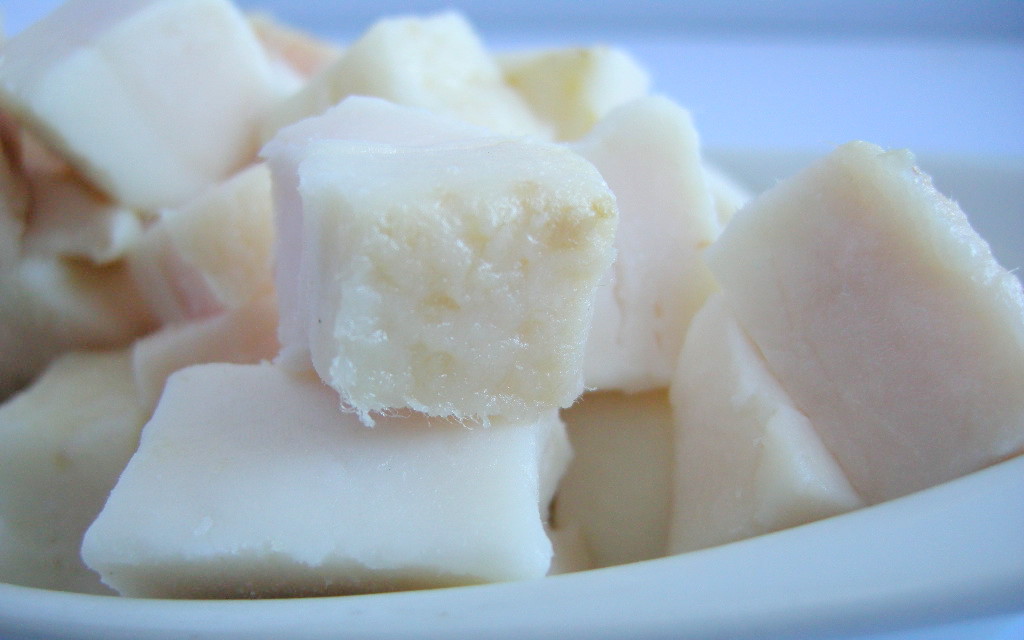 How to Render Lard on the Stove top

I prefer to render lard on the stove top, so if you're learning how to render lard from this method, take care to ensure you have a high-quality, heavy bottomed stock pot. Two and one-half pounds of fresh leaf lard or hog fat will produce approximately one-half gallon of creamy, nutrient-dense fat.
Servings: 1 /2 - gallon
Print