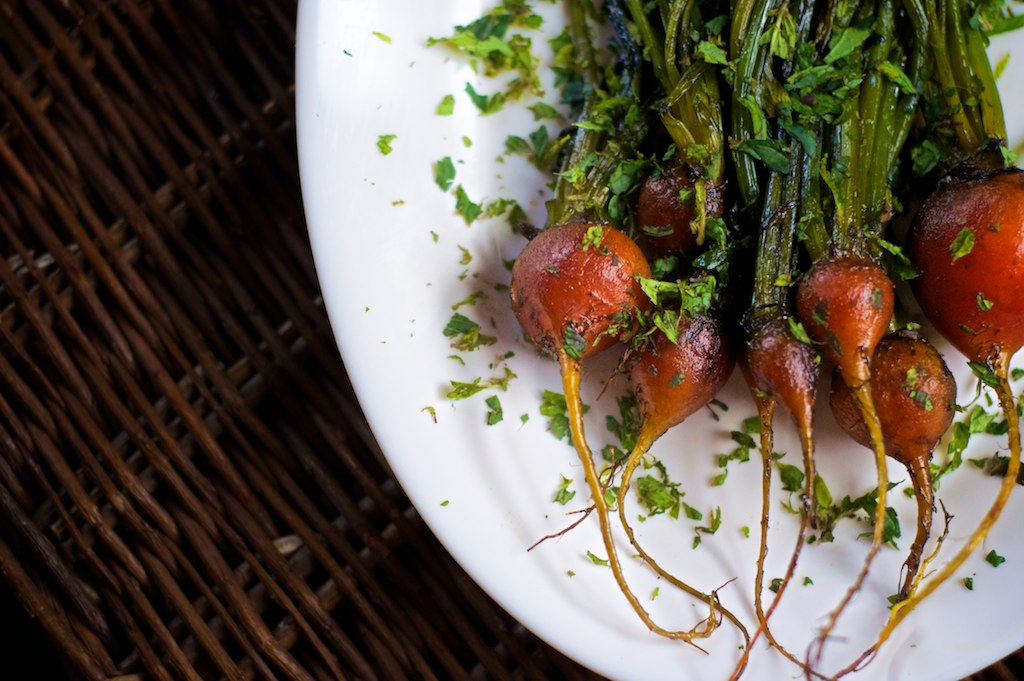 I always feel a little lost, a little wasteful when it’s time to thin my garden as though all those little plants, doing their best to grow in our very rocky mountain soil, are being plucked early with no chance of reaching their potential.  It’s a curious thought, but I’m known for being particularly sentimental when it comes to odd things like that.  It’s a trait my husband and I share and one we passed down to our son who just yesterday burst into tears when I told him he must throw away that band-aid he found on the floor of our chiropractor’s office.

This year, thinning was particularly challenging.  I let my five year-old sow the seeds in our little plot in the community garden, and while I might have gently placed each individual seed at its perfect increment in an indentation at perfect depth, my son doesn’t share my care for precision and order in a garden.  I gave him our packets of organic seeds most of which we bought online (see sources) and some of which we were generously given by Seeds of Changeas part of their Sowing Millions Project and virtual garden which you can follow viaFacebook. 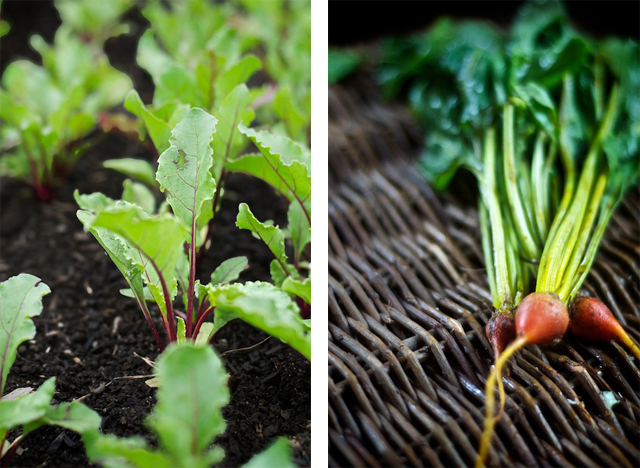 He ripped open those packets and cast all the seeds into a square about two feet by two feet, then roughly covered them with moist soil.  I watched his technique, admiring the eagerness with which he planted.  The turnips, he said, the turnips will go there, Jenny. And these?  These will be watermelon radishes and over there is cherry bells.  Yes, he calls me by my given name and I find it utterly charming.  But, as much as I loved his passion for this year’s garden, I said a little prayer under my breath – hoping that we’d get at least a few to germinate properly.

And so they did, some, but not all as many were carried away by the winds due to their shallow planting depth. Now, of course, the they sprouted and grew in a jumbled mess necessitating a good solid thinning.  We thin our vegetables a few times: shortly after sprouting when the plants are a few inches tall and again later when the roots are larger in the case of beets, turnips, radishes and carrots.

how i use garden thinnings in my kitchen

Despite my reluctance to thin, the thinnings make lovely foods.  And it’s a practice that is necessary to promote the health and growth of your other plants, because as you thin you allow more room for other plants to develop and allow them more sun as well.

The youngest thinnings are best served raw in salads as might serve microgreens: rinsed, spun dry and seasoned with a good quality fruity olive oil (see sources) and lemon juice or vinegar.  Later as the roots mature a bit, they’re wonderful braised.  All vegetables, though, are lovely when braised. 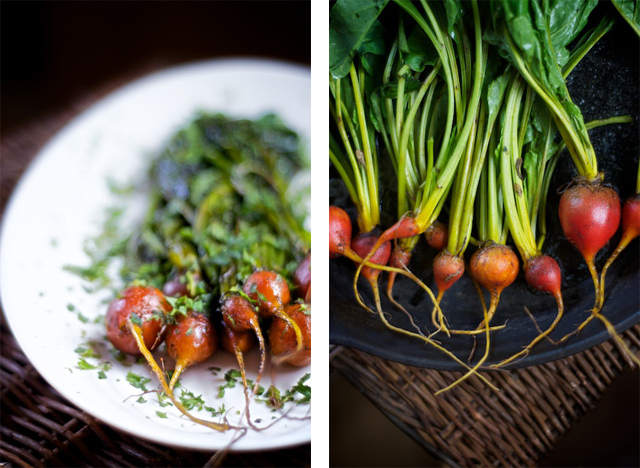