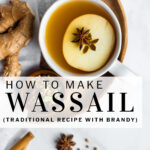 Delightfully boozy and infused with aromatic spices, this wassail recipe is both delicious and easy to make. Notes of ginger, cinnamon, and cloves blend with sweet apples for a simple and warming wintertime drink.

Jump to Recipe | What is it? | Wassailing Traditions | Tips | Variations

Wassail is a sweet, spiced alcoholic drink made from hot apple cider. The earliest recipes included a mix of hot mead or ale, spices, and crab apples. Later recipes include citrus, apple juice, and hard alcohol such as brandy or rum. The drink is associated with winter holidays and festivals.

So, what's the history?

Wassail, first started as a greeting or as a toast.  Waes hael, revelers might say holding up a mug of spiced cider.  Eventually, as things go, wassail referred less often to the greeting and more often to the drink.

Owing to its warming nature, wassail was traditionally served in wintertime, and specifically during the yuletide season that spans from Christmas Eve through Twelfth Night. Wassailers traveled from house to house, singing carols, and demanding drinks. Others ventured out of the home with a trimmed bowl of spiced cider, offering it in the street for a few pennies.

In deeper nature-based traditions, revelers offered wassail as an ancient honor to the trees.  In wintertime, celebrants prepared traditional wassail – soaking pieces of bread, cake or toast in it. Then, they visited apple orchards to bless the trees in hopes of a good harvest for the next year.  They'd then bury the pieces of soaked bread at the trees’ roots or hang them in the trees’  branches to appease the tree spirits and feed them well until the next harvest.

To make wassail, you simply warm apple cider together with aromatic spices, and then you strain and serve. But, there are a few tricks to keep in mind.

Rate this Recipe
5 from 7 votes

While this effortless wassail recipe is simple to make, the flavor is deep and complex with the penetrating aroma of sweet apples and ginger, cinnamon, and cloves. It'll warm you on a cold autumn day, or you can serve it for winter holidays.
Prep Time5 mins
Cook Time25 mins
Total Time30 mins
Servings: 8 servings
Print Save Recipe Saved!

The Nourished Kitchen Guide to Thanksgiving

Over 20 nourishing recipes and 3 simple menus for a healthy, delicious, and easy Thanksgiving Dinner. 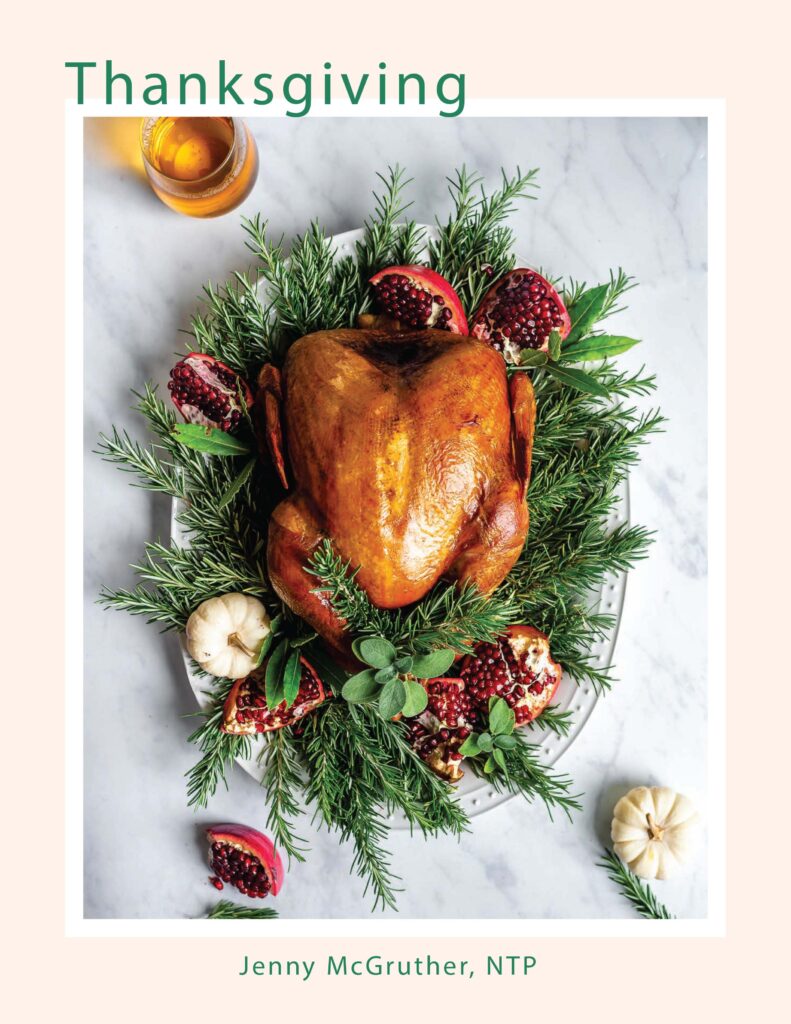 Alcohol-free wassail. For an alcohol-free version, substitute additional soft apple cider for the hard apple cider and brandy. Or try this cranberry cider as an alternative.

Add citrus. For a more modern interpretation, try adding sliced oranges or lemons to the ciders.

Swap out the hard cider for mead or ale. Some of the earliest versions of this drink are made with spiced mead and crab apples.

Switch the spices. Sweet and aromatic spices give wassail deep, pleasant flavor and a warming energy. While this recipe calls for ginger, cinnamon, coriander, cloves, allspice, and star anise, you can use whichever mulling spices you prefer. Bay leaf, black peppercorns, nutmeg, and anise seed are delicious additions, too.