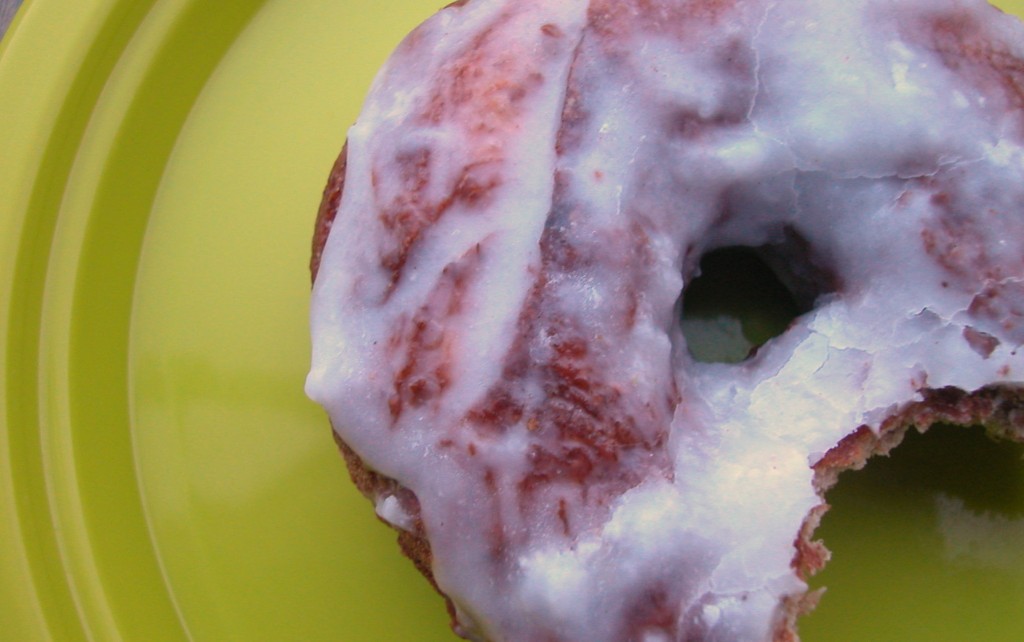 What the hell are doughnuts doing on your site? I can hear you muttering. Don’t click off quite yet.

You see; it’s National Doughnut Month and I thought we’d celebrate with a special recipe here at Nourished Kitchen: sprouted grain doughnuts with coconut-vanilla glaze.   While you might think that a healthy recipe may well defeat the whole foundation of doughnut enjoyment, hear me out: these faintly sweet homemade doughnuts are a delicious, full-flavored pastry that make the sugary sweet grocery store varieties pale in comparison.   A far cry from its tooth-rotting and airy cousins, these sprouted grain doughnuts have a beautiful rustic texture and deep wheaty-flavor that is well complemented by coconut, honey and vanilla glaze.

Sprouted grain has its benefits. It’s higher in vitamins and more easily digested than its unsprouted counterpart.   Moreover, sprouting neutralizes grain’s naturally present antinutrients which bind up minerals, preventing their full absorption.   We top this doughnut with a beautiful and simple glaze of coconut oil, honey and vanilla.   This glaze is also well-suited to my coconut-citrus madeleines.

Adapted from the Ladies’ Home Journal Cookbook, published in 1960. Everyone deserves a treat, so enjoy.
Servings: 12 - 18 doughnuts
Print

for the sprouted grain doughnuts:

for the coconut vanilla glaze

Previous Post: « How the foods you eat are keeping you from getting pregnant
Next Post: Hara Hachi Bu: Lessons from Okinawa »