» Home » Cooking Tips » Why You Should Switch to Pasture-Raised Pork 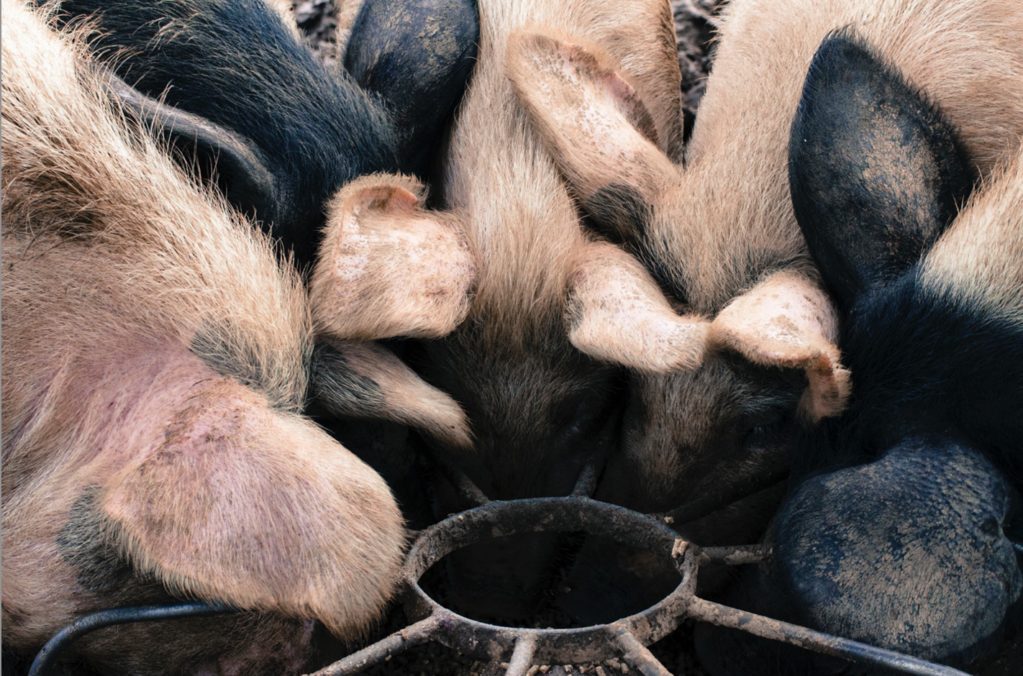 Pasture-Raised Pork is better for your body.

The dominant fat in pork, pasture-raised or not, is monounsaturated fat - the same fat found in abundance in avocado and olive oil that gives these foods a "heart healthy" designation.  Monounsaturated fat

When pigs are raised on pasture, with access to natural forage and plenty of sunshine, their meat and fat is also richer in micronutrients, particularly fat-soluble vitamins E and D, as well as minerals like selenium (read more here). As monogastric animals, like humans, pigs make vitamin D in their skin and in their fat when they're exposed to sunlight, making pasture-raised pork particularly rich in vitamin D.  (Read how you can optimize your vitamin D levels using sun exposure here.)

Further, pigs raised on pasture are not routinely given antibiotics or ractopamine, a feed additive that's banned in 160 countries but used routinely in industrial US pork production.  It was approved in the US after only a single study of six men, one of whom dropped out of the study because of heart problems (read it here).  Scientists have recommended against using ractopamine, and drugs like it, in meat production owing to the potential hazard to human health it poses (source).

Pasture-Raised Pork is better for pigs.

When pigs are raised on pasture, with free access to move, root around and wallow in the mud and beneath the sunshine, they enjoy an existence that is species-appropriate. When they're raised in confinement, without room to move freely, they're often subject to deplorable conditions - hard surfaces, gestational crates that completely restrict movement of sows, and foul odors of ammonia that can harm their lungs.

Pasture-Raised Pork is better for the land.

Confinement operations that hold 2,500 to 10,000 pigs at a time which creates a massive problem for waste disposal. CAFOs sit atop concrete pits that manage disposal of manure.  Festering pits of animal waste can create an enormous environmental burden, and threaten local waterways.  They're also prone to spillage.

By contrast, when pigs are raised on pasture and managed holistically through rotational grazing, the problem of waste disposal becomes moot.  Instead of damaging the environment, the waste animals deposit builds the soil, and their natural rooting ability acts as tilling the soil - preparing it for food production (read more here) in future seasons.

Animals raised in confinement operations do not enjoy the kind of life that contributes to resilient, healthy animals.  That is, they lack room to exercise, clean air, a natural and species-appropriate diet; moreover, they're raised in extremely crowded conditions that can create disease.  They're often given antibiotics subtherapeutically, that is, routinely and without clear need, such as infection.

By contrast, when pigs are raised on pasture, they're less likely to carry drug-resistant bacteria (read it here), primarily because they're not routinely exposed to antibiotics.