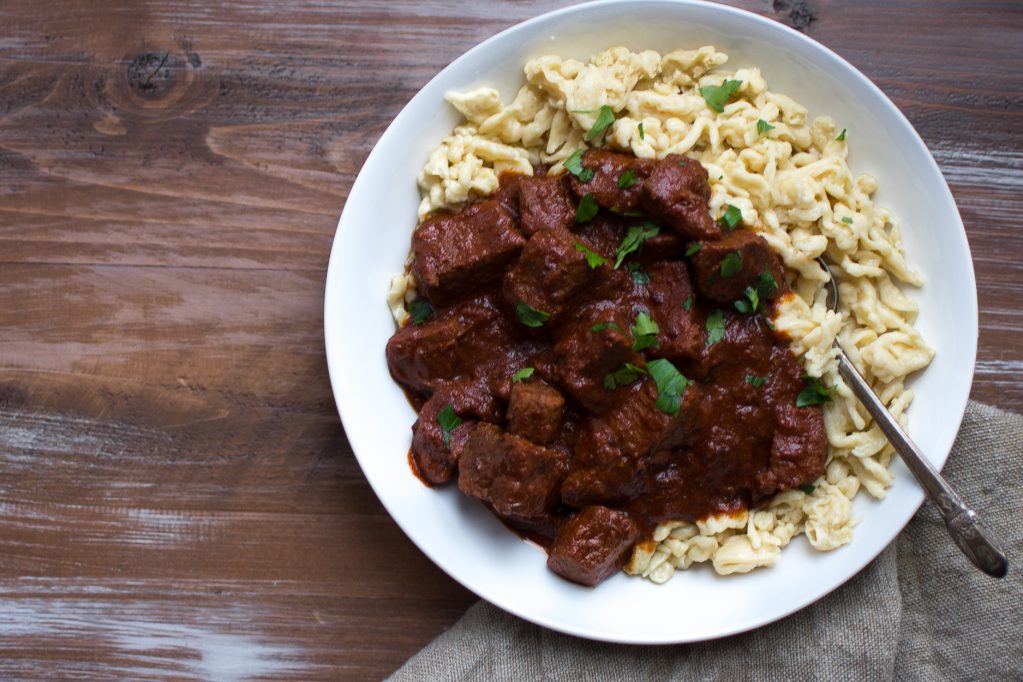 My grandfather and I shared two connections: food and music.  The matzoh ball soup at the restaurant around the corner.  Frank Sinatra. Cocoa puffs served with chocolate milk.  Glenn Miller Orchestra. Real goulash.  Which never, he insisted, never contained tomatoes and was always served over the lightest spaetzle.

He arrived at Ellis Island as a toddler, under the placid and firm gaze of the Statue of Liberty, that Mother of Exiles who promises welcome to the poor, the hungry, the downtrodden.

He was a German immigrant arriving from Yugoslavia  at the beginning of the jazz age and at a time when the U.S. was sandwiched between two world wars, with Germany as the enemy.  And, as you might imagine, anti-German sentiment was at its highest.

City councils across the country changed German-sounding street names to something decidedly more "American."  Schools stopped teaching German.  Librarians removed German books from the shelves, and sometimes those books burned.  Iowa even barred the speaking of any foreign language in public.

The Department of Justice prepared a list of nearly half a million German immigrants residing in the country, several thousand of whom they imprisoned within the short span of 1917 and 1918.  They were targeted, beaten, and killed.

Men and women and children, language and art were a threat.

There were American values to uphold, of course.

And many people felt that those values should be upheld at any cost, even when the cost of upholding them only eroded them.

Of course, now, we look back with a century's hindsight at the absurdity of changing street names and halting language classes and we can look in horror at the idea of governmental targeting, list making, mob beatings and lynchings.

It's a funny thing when history circles in on itself.

We're, all of us, from somewhere else.

The truth is, we're all of us from somewhere else.  Some of us got here earlier, others later.

I can't imagine how my great-grandparents felt, making the decision to board the ship from Yugoslavia to arrive in a country where so many people seemed to hate them.  Only that, the glimmer of hope and the shiver of desperation drove them forward as they sought to build a new and better life for their children.

That's what I hope for, too: A good life for my children.  One of peace, companionship and opportunity.

Of course, all those German immigrants, like my grandfather, didn't destroy the fabric of America's values.  They enriched it.

The key to this German-style goulash is very fresh paprika, which should be bright in color and clean in its perfume.  Older, oxidized paprika, appears dark reddish-brown and gives a gritty, rather than unctuous, texture to the goulash.

Take care in cooking the onions gently and slowly, and until they not only turn translucent, but also begin to caramelize at their edges, developing a smoky sweetness that gives the goulash its round flavor.  They'll melt and entirely lose their form only to combine with the paprika and thicken the stew's juices, which is why a true goulash needs no thickeners, flours or roux.

If you've never made spaetzle before, a German-style dish that's lay somewhere between noodle and dumpling, remember that your batter will be loose and sticky, but that it's that consistency that delivers the lightest little noodles.

Rate this Recipe
5 from 3 votes

For the Einkorn Spaetzle

Finishing the Goulash with Spaetzle

There are an estimated 65 million refugees worldwide, many displaced by war, persecution, and ethnic or religious violence. All three of these charities receive high marks from charity watchdogs.

American Refugee Committee is an organization that helps displaced peoples throughout the world.

CARE works around the world to support the poorest communities, and does significant work to support refugees. 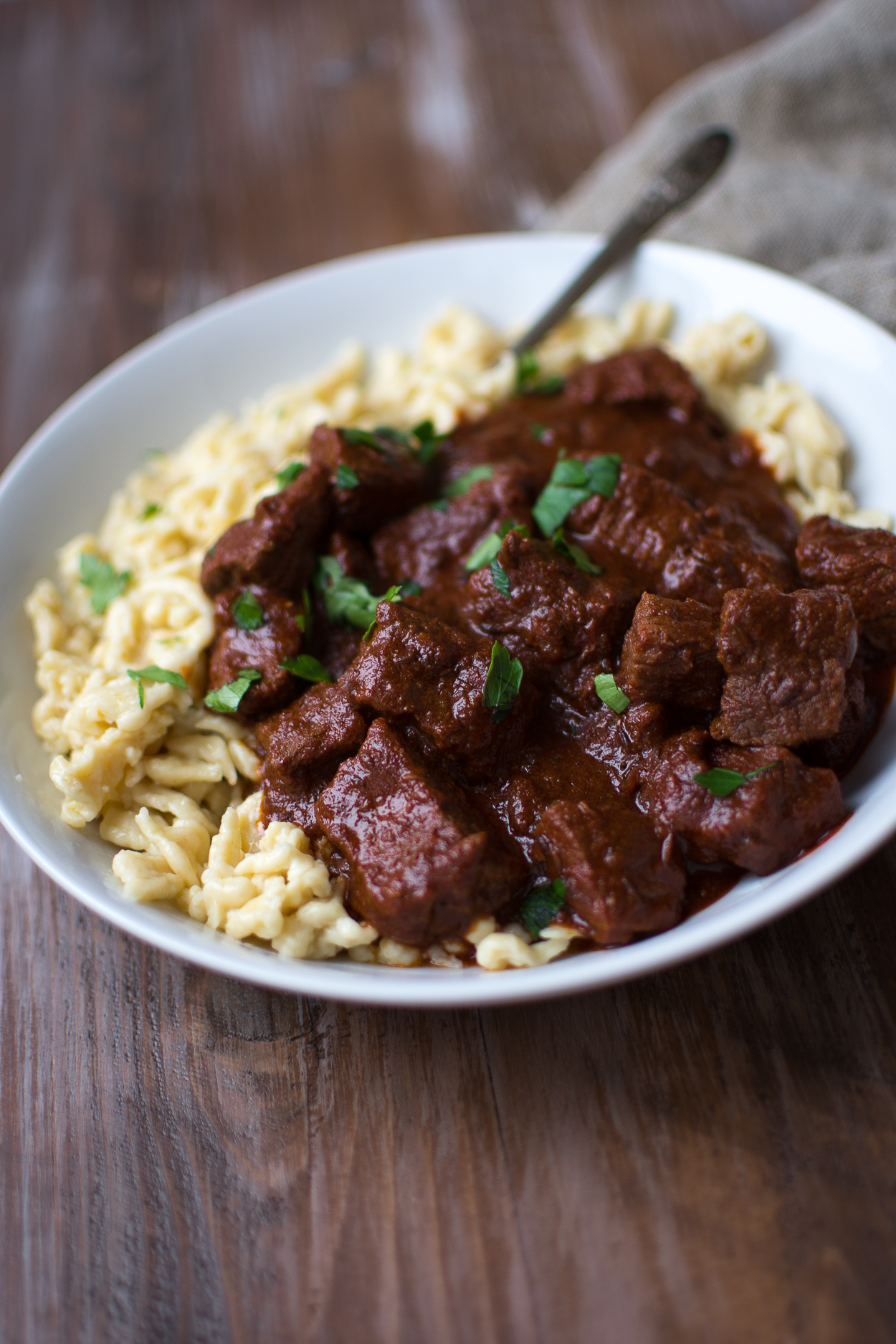 There's many stories that explore the inextricable link between immigration, America and food. Here are a few:

Fatteh with Cumin Chickpeas is a beautiful dish of flatbread, chickpeas and tahini yogurt.

Armenian Bulghur, Parsley and Tomato Salad explores the harrowing story of a mother escaping a massacre.

Greek Cabbage Rolls with Avgolemon Sauce tells the tale of a young woman displaced and orphaned.

Beef Teriyaki is a classic dish, from people who came to America searching for a better life.

Duck Blood Soup is a traditional Polish dish, and one that's making a revival.