Nourished Kitchen » Grass-fed Dairy » Yogurt and Kefir Recipes » Milk Kefir: What It Is and How to Brew It 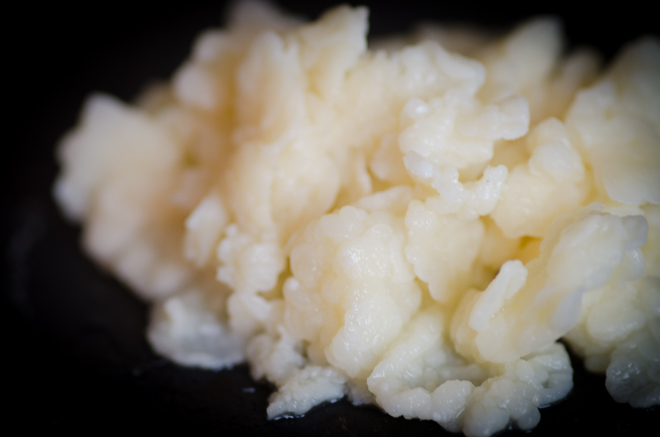 Milk kefir is, to put it lightly, an acquired taste.   Sour and pungent, milk kefir is a cultured dairy food originally from the Caucuses – the region where Europe meets Asia.   There it has been traditionally heralded as an elixir of long life and health.   It seems that there’s wisdom in this tradition: milk kefir is rich in beneficial bacteria, phosphorus, vitamin K, biotin and folic acid – nutrients that are essential to health and well-being.   A single component of milk kefir – kefiran – may prove particularly beneficial as it successfully protects beneficial bacteria from damage in the hostile environment of the digestive tract1.

Benefits of Milk Kefir and Kefirans

Milk kefir is strongly anti-inflammatory2 and may prove helpful in combating   gastrointestinal distress caused by infections from bacillus cereus3, salmonella, e coli and helictobacter pylori4.   Milk kefir is also particularly important in recovering from clostridium difficile infection and associated gastrointestinal discomfort and diarrhea which often accompanies use of antibiotics5.   Despite the fact that milk kefir is, itself, a symbiotic colony of bacteria and yeasts (or SCOBY), milk kefir also acts as a powerful antimicrobial food – helping to limit the growth of pathogens while encouraging the proliferation of beneficial bacteria in the intestinal tract.

Milk kefir, like other cultured dairy foods,   may also play a role in the prevention of cancer as it exhibits antitumoural effects6.   Cultured dairy foods, including milk kefir, have been found to play a role in the prevention and treatment of bladder cancer7, breast cancer8 and colon cancer9.   Indeed, some researchers have concluded that milk kefir may be one of the most promising foods when it comes to cancer prevention10.

How to Make Milk Kefir

Milk kefir is cultured from a symbiotic colony of bacteria and yeasts (SCOBY) that is coloquially referred to as kefir grains.   The appearance of these small colonies of bacteria and yeast vaguely resembles that of cottage cheese or even cauliflower.   Milk kefir grains are white, lumpy and gelatinous and are comprised primarily of lactic acid producing bacteria including lactobacillus brevis, streptococcus thermophillus, lactobacillus casei, lactobacillus helveticus, lactobacillus delbrueckii as well as yeasts that include candida maris, candida inconspicua and saccharomyces cerevisiae11.   Though, of course, strains of bacteria present may differ from one culture of grains to another.

Obscure and exotic as it may seem, milk kefir is neither difficult to acquire nor difficult to prepare.   As with many traditional foods, its beauty lies in its simplicity.   It’s easy to begin preparing kefir and incorporating it into your family’s dietary rotation.   Once you’ve acquired a kefir grains, simply mix them in with milk – preferably   raw – and allow it to culture at room   temperature for 24 – 48 hours.   As it cultures at room temperature, the beneficial strains of bacteria and benign natural yeasts will proliferate, metabolize the milk’s lactose and create a sour, thick beverage replete with vitamins, probiotics, kefiran and other nourishing components.   The longer milk kefir cultures the more sour and folate-rich it becomes, but take care not to culture it too long lest it become unpalatable.

Where to Find Milk Kefir Grains

If you know a friend locally who prepared milk kefir, you might ask for her excess grains.  Alternatively, if you cannot find them locally, purchase them online.  Milk kefir proliferates regularly and easily when cultured properly, so with time it will produce more grains than you can use.  You can then give these away to friends, blend them into smoothies, or add them to the compost bucket.

Previous Post: « Labneh Recipe (Yogurt Cheese)
Next Post: How the foods you eat are keeping you from getting pregnant »