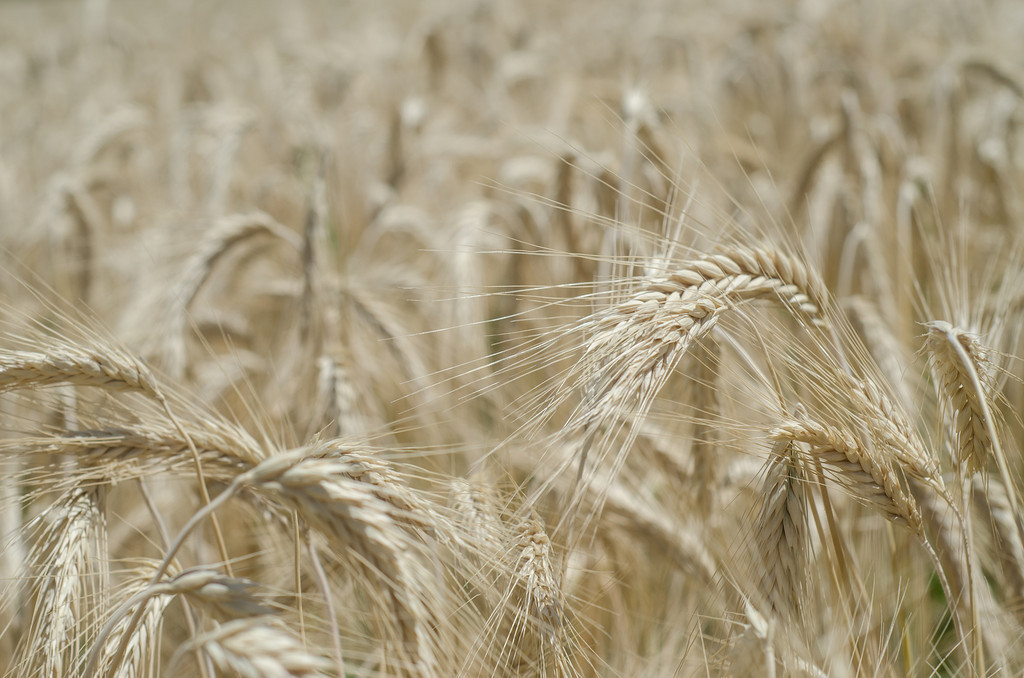 In recent weeks, a glut of questions about ancient and heirloom grains and wheat have arrived in my inbox.  I hope this means that readers are beginning to re-embrace the idea of enjoying grains once again, though they still tend to be viewed as the “bad boy” of the ancestral health movement, with books like Grain Brain and Wheat Belly even taking the idea of grain-free diets mainstream.  And while many people benefit from grain-free diets, many people also benefit from including whole grains, ancient or not, in their diets regularly.  For our family, we enjoy a wide variety of grains prepared through traditional means of soaking, sour leavening or, to a lesser extent, sprouting.

Here’s the answers to some of the most common questions emailed to me about choosing and preparing ancient grains and heirloom wheat varieties.

Farro is an Italian word that encompasses three varieties of heirloom grains: einkorn, spelt and emmer wheat.  These are referred to respectively as farro piccolo, farro grande and farro medio.  So rather than being a single grain, farro is a collection of three grains and the term farro can refer to any of these three grains.

In a culinary sense, the word “farro” on a menu usually refers to any of these three grains cooked as the whole wheat berry, and left whole.  If you’re eating out, and you see “farro” on the menu, be sure to ask what kind of farro the chef is using in the dish.  Is it einkorn, spelt or emmer?

Which grain is better: einkorn, spelt, emmer or heirloom wheat?

While I often receive the question, “Which is better?” or “Which is healthier?” I struggle to answer that question.  I don’t think that any individual grain is necessarily better; rather, they’re marginally different from one another.  The nutrient profile of any given food also changes depending on how you prepare it in your home; sour leavening, for example, increases the folate content of grain.

Compared to modern varieties of wheat, ancient grains and heirloom wheat berries typically are lower in gluten (though still higher in protein), as well as higher in micronutrients like minerals and antioxidants. Einkorn has a higher concentration of beta carotene and lutein than modern wheat varieties.  However, spelt has a marginally lower concentration of B vitamins and phosphorus compared to modern wheat varieties.

Beyond the three grains collectively called farro, there’s also heirloom varieties of wheat – notably Turkey Red Wheat which was brought to the US by Russian and Ukrainian immigrants in the 19th century.

In terms of which is better, they each offer slightly different flavors, with slightly different attributes in baking and marginal differences in the content of their micronutrients.  In Nourished Kitchen: Farm-to-Table Recipes for the Traditional Foods Lifestyle features a chart outlining a wide variety of grains, their individual flavors, their micronutrient profile and how to prepare them.

Are heirloom and ancient grains Organic?

Heirloom and ancient grains can be grown conventionally or organically.  Just because a farmer grows heirloom varieties doesn’t necessarily mean that he or she will also adhere to organic standards; however, farmers interested in heirloom and ancient grains are more likely to be similarly interested in organic and sustainable farming.  The lack of organic certification doesn’t necessarily mean that the grains weren’t grown using sustainable methods, and asking questions of your producer directly is your best avenue for determining whether or not the growing methods of the farmer meet your family’s standards.

Third-party certification programs like the National Organic Program help to provide reassurance and information about growing standards, when direct connection to the farmer or producer is impossible.

What is high extraction flour, and how is it made?

High extraction flour is a traditionally milled flour that has been sifted to remove some, but not all, of the grain’s original bran and germ.  I favor this kind of flour for baking, for long-term storage and to use with the whole grain flours I mill myself.  Traditionally milled high extraction flour is prepared first by soaking the grains (upwards of 24 hours) drying them, then grinding them to form a whole grain flour.

Do heirloom wheats need to be soaked, soured or sprouted?

Soaking, sprouting and souring grains helps to deactivate components of grains like food phytate that can bind up minerals found in the grain and prevent their full absorption.  When food phytate is deactivated or partially deactivated through soaking, souring or sprouting, the bioavailability of trace minerals like zinc and iron is increased.

In his studies of traditional diets compared to modern diets, Dr. Price who penned Nutrition and Physical Degeneration, describes how traditional diets were considerably more rich in these trace minerals than modern diets, thereby increasing the health and resilience of the populations who consumed their native diets without heavily processed foods.

Recently, researchers have investigated traditional practices of soaking and souring, and found them to be effective at decreasing food phytate and increasing the bioavailability of minerals; however, they also find that on an otherwise nutrient-dense diets, the benefits are likely marginal at best.  My family favors soaking and souring our grains, and you can find several recipes for traditionally prepared sourdough breads and soaked whole grains in Nourished Kitchen: Farm-to-Table Recipes for the Traditional Foods Lifestyle.

Do ancient and heirloom wheats have gluten?

Yes.  Ancient and heirloom wheats contain gluten.  What many people don’t understand is that all grains contain gluten – even “gluten-free” grains.  The exception to this is pseudocereals like buckwheat and amaranth which are not true grains at all, but, rather, grain-like seeds of broad leafed plants. Gluten is simply a composite of various proteins found in wheat and other grains.  The question is whether or not you are sensitive to those individual proteins.  For people sensitive to “gluten,” they are typically sensitive to gliadin and glutenin.

Owing to a difference in protein structure of the gluten in individual grains, people who react to modern wheat may or may not react to ancient varietals; however, people with celiac disease should avoid them completely until research into grains, gluten and celiac disease indicates otherwise.  The idea that ancient grains have “less” gluten than modern grains is misleading as for people who are truly sensitive to the individual the complex of proteins in gluten, a little or a lot, they’ll still react.

Modern wheat has been progressively hybridized over several generations to improve yield, to increase gluten (which improves bread quality) and for various other reasons.  After WWII, as part of the Green Revolution, scientists made some significant changes to heritage wheat that resulted in increased yields and higher gluten content.  It has not been genetically modified through bioengineering, until very recently, and then GMO wheat is not currently on the market, though a small patch of it escaped and was found growing in a field where it was not intentionally planted for testing.  For the record, that’s not the same thing as ever bit of wheat flour in the world (or in the US, depending on the rumor you heard) being a biotech crop.

How do I use ancient grains and heirloom wheat?

You can use ancient grains and heirloom wheats just as you would any modern what and flours, though, in baking, you may need to adjust the hydration levels slightly by adding more water or flour until the dough feels right in your hands.  A fantastic book to get started is Ancient Grains for Modern Meals which not only includes heirloom wheat varieties, but also other whole grains.  Keep in mind that the book’s author, Maria Speck, who is an astoundingly talented chef doesn’t call for soaking, sprouting or souring the grains so if you wish to soak your grains prior to making her recipes, you’ll need to adjust the recipe slightly.

And Einkorn, by Carla Bartolucci, is an excellent book with many recipes for preparing breads, cakes, pastas and other dishes with einkorn wheat.

Here are some of my favorite recipes featuring ancient grains and heirloom wheat:

Where do I buy heirloom wheats and ancient grains?