During the holiday season, I most enjoy celebrating my heritage by making traditional Spanish Christmas treats that my family has come to love. Polvorones, mantecados, buñuelos de viento, rosquillas, alfajores, and turrón de Navidad. Although so far away, it's through these traditional family recipes that we are able to keep a Little Bit of Spain in Iowa.

I'm told that Christmas time in Spain is a magical place.  The streets are brimming with lights, nativity scenes are adorned throughout the city, and pasteleria's are filled with Christmas treats that make their appearance but once a year. What I most enjoy about Spanish Christmas treats is that the integrity of their original ingredients are mostly maintained.  Their treats are simple – made up mostly of lard, chocolate, nuts, and honey.  They're pleasantly sweet, and rich.

Turrón de Navidad is no exception. An almond nougat candy, it consists of only three ingredients.  Roasted almonds, egg whites, and raw honey. 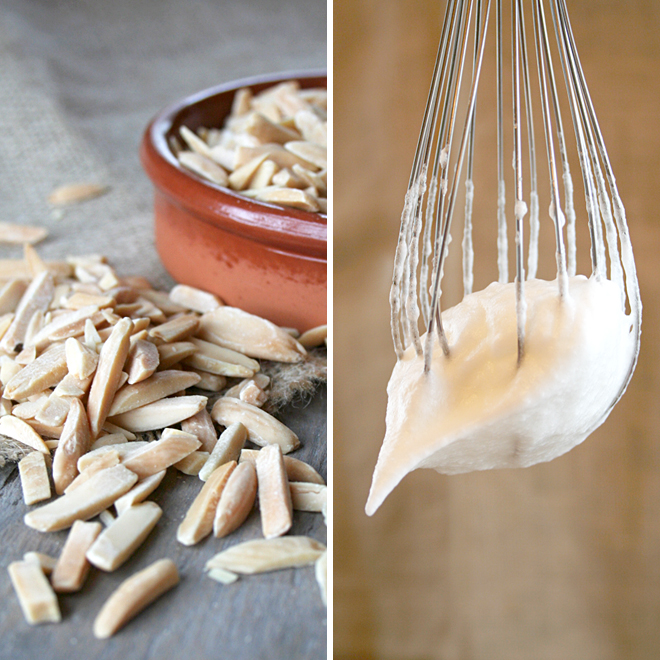 Turrón is of Moorish origin and was invented over 500 years ago in a small town of Spain called Jijona. The wildflowers growing in the mountainsides brought an abundance of honey which is the staple ingredient in turrón. 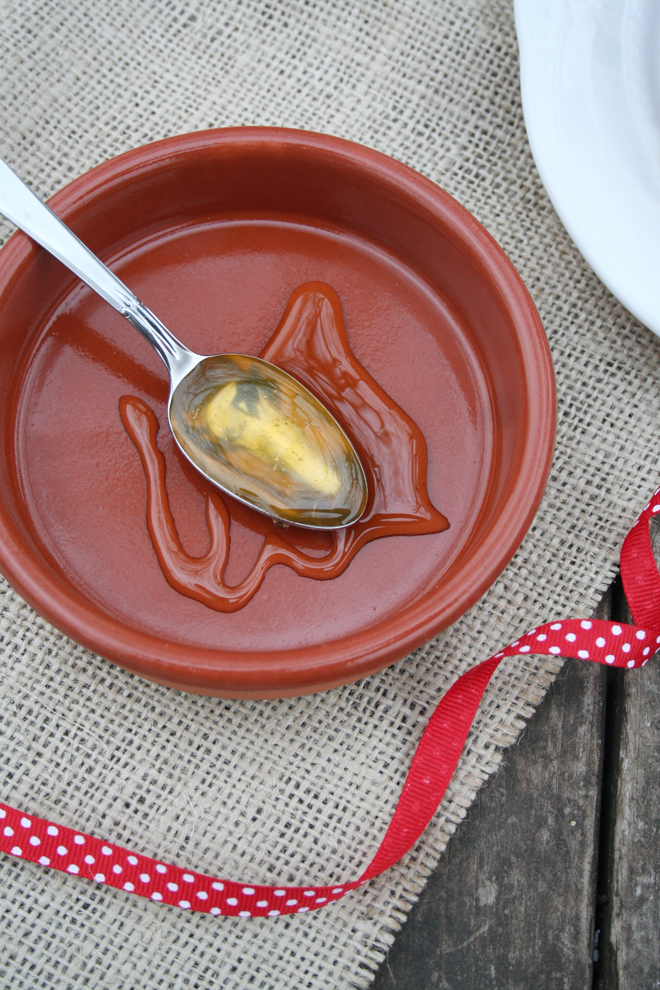 There are two traditional types of turrón. Soft Jijona orturrón blando, which is smooth with a consistency of peanut butter, and hard Alicante or turrón duro, which is like the recipe provided here – a thick almond nougat candy.

This recipe is what you would call a turrón casero.  One made at home.  It's very simple to make as it only has three ingredients. The egg whites, the binding ingredient, are whipped to a glossy meringue and folded into warmed honey.  Together, its brought to heat and constantly stirred until a thick caramelized candy has been formed.  This can take anywhere from 15 to 20 minutes.  Once caramelized, roasted almonds are added to the mixture and poured into a mold to cool and harden. 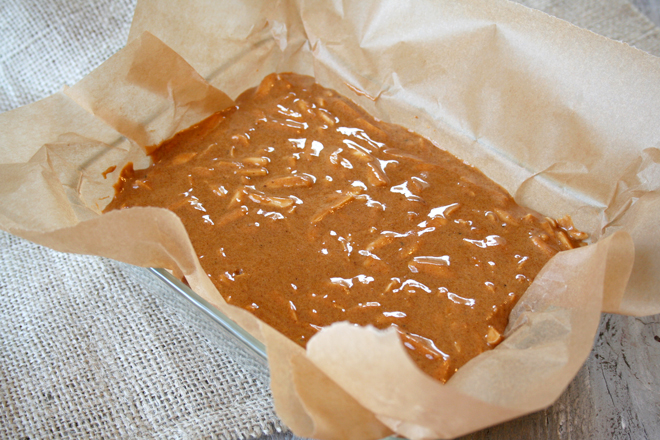 Once cooled, the candy can be sliced and served. Slices should be cut small, as they are rich.  I can't think of home in Spain that doesn't enjoy turrón de Navidad in it's Holiday season.  I hope you can make it a part of your Holiday's as well. 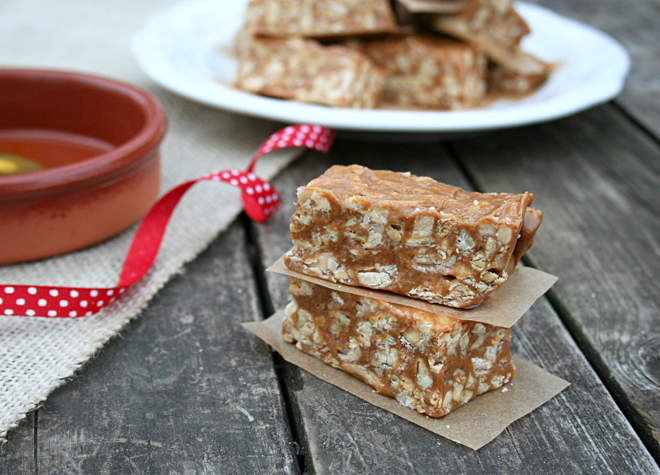 Turron de Navidad is a traditional Spanish candy consisting of only three ingredients: almonds, honey and egg white. It's super-simple, sweet flavor is a special treat at Christmas time. Diana Bauman, of My Humble Kitchen, gives you this traditional Spanish treat.
Print Save Recipe Saved!