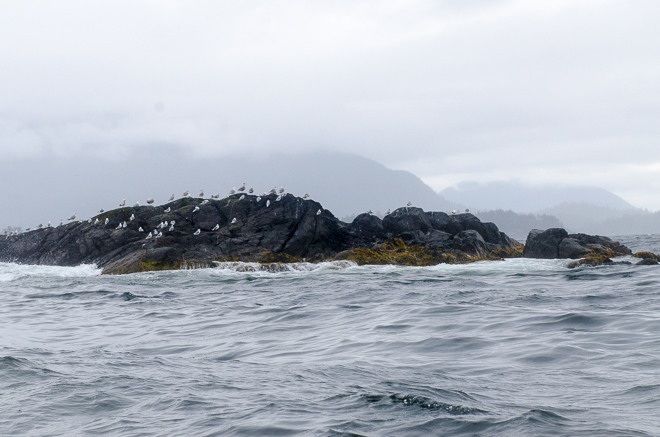 A few weeks ago, the folks at the Sitka Seafood Festival invited me to visit Sitka and take part in their festival which included a charming small town parade, bobbing for salmon heads and incredibly delicious sustainable seafood.   I also had the pleasure of boating along the icy seas, meeting with fishermen, many of whom come from families who have practiced commercial fishing for generations.

If there's one thing I'm left with, it's the sense of incredible care and pride that many fishermen take in their work and how that care weaves itself into a sense of the importance of sustainability and care for the oceans.

We eat a fair amount of fish in our home, and take cod liver oil too, as they're both rich in healthy fats that support cognitive and emotional wellness as well as heart health. Moreover, among the recommendations of Dr. Price in his landmark book Nutrition and Physical Degeneration, was the importance of eating fish frequently and supplementing with a high vitamin cod liver oil as needed.

Supporting sustainable seafood at its simplest, is multifaceted, and it first focuses on purchasing wild-caught fish from sustainably managed fisheries where fish populations are plentiful enough to support both commercial fishing as well as proliferation of the species.  Alaska has become a model of sustainable fishery management, as has Norway in its management of Atlantic cod, a species that is still vulnerable in North American waters.

Just as ranchers practicing holistic management consider themselves  stewards of the grasslands, so, too, do many fishermen who practice sustainable techniques consider themselves stewards of the ocean and the fish that live there.  When you choose fish, choose those that are plentiful and from fisheries where quotas are put in place to limit the number of fish caught from season to season.  This managed system of quotas ensures that traditional fishing can continue, as a culture and as an industry, from one generation to the next.

Alaska's management of its fisheries is a model of sustainability, in that fish populations are carefully monitored, like those for salmon and halibut.  In Norway, the population of Atlantic cod was at the brink of collapse (and is still vulnerable in North American waters), yet with a system put in place of care, Norwegian populations of cod have rebounded and are now seeing pre-WWII levels (read more here).  Not only does the type of fish you eat matter, but where it's fished, too. 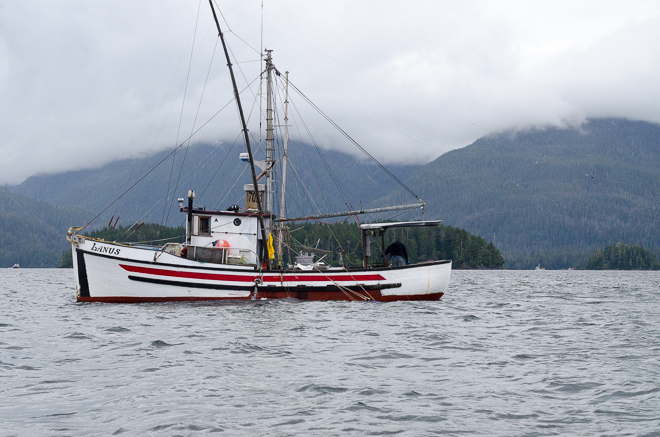 More than simply choosing fish from well-managed fisheries, it's critical to choose fish that are caught using sustainable methods like traditional, hook-and-line fishing and avoiding fish caught by destructive techniques.

Bycatch is the accidental catching of unwanted or nontarget fish when commercial fishermen are out fishing for a different species.  This represents an estimated 7.3 million tons of accidental catch each year (read it here).

For example, fishermen trawling for pollock, often catch juvenile halibut by accident, which threatens the halibut population as fish caught as juveniles don't have the chance to reproduce and support the continuation of the species.  Moreover, the bycatch of halibut by the pollock industry threatens native Alaskan populations and the livelihood of halibut fishermen who do catch them through sustainable methods once the fish are grown (read more here).

Bycatch in the fishing industry worldwide can also include sharks, sea turtles, porpoises and delicate corals as well.

One of the most striking and memorable examples of bycatch was the accidental catching of dolphins in purse seine nets meant for tuna in the 1970s and 1980s, yet, public awareness and the introduction of more sustainable techniques have provided solutions in that case; however bycatch remains an issue in many fisheries.

With commitment and awareness, consumers can help to shape the commercial fishing industry. 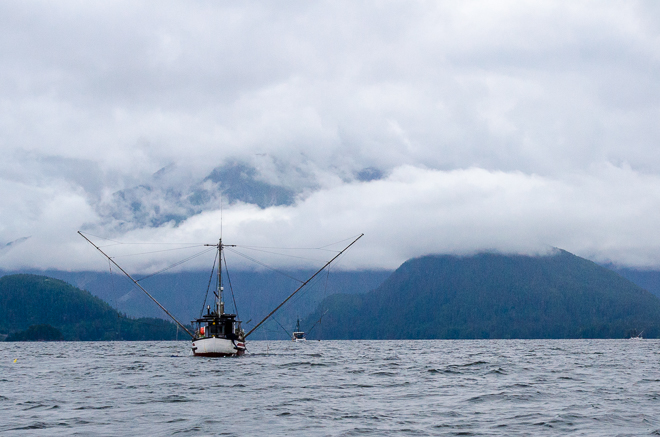 A ready solution is to purchase fish caught the old-fashioned way, by hook-and-line.  Hook-and-line fishing, or trolling, is a traditional method in which fish are caught and handled one at a time.  This represents one of the most sustainable methods for catching fish.

With fishermen catching one fish at a time, instead of netting thousands of pounds at once, they can target the single species they're after, like king salmon, more effectively.  Moreover, the accidental hooking of a nontarget fish, which is inherently a rare event, can be minimized further as, handled one at a time, they're easily unhooked and dropped back into the sea live (read more here, here and here).

Traditional hook-and-line doesn't represent the only sustainable catch method, as that largely depends on the target fish, but it's a good start, particularly for salmon, albacore tuna, sablefish and cod.

Not only is it important to choose fish where populations remain plentiful, and Seafood Watch can be a good starting point for that, but it's imperative to avoid fish caught by destructive methods like trawling (learn more about fish catch methods here) which can result in extensive bycatch as well as destruction of the ocean floor.

Pollock, for example, are plentiful in numbers but they're caught through trawling, which results in bycatch of other species which, by federal law, must be thrown overboard - and few animals survive since they're handled en masse.  Bycatch involved in pollock fishery is about 2% (read it here), but in some areas  like  the Gulf of Mexico, trawling for shrimp results in bycatch that outweighs the shrimp catch by four times (read it here), an incredible waste.

Moreover, bottom-net trawling results in the scraping of the seabed floor, an ecologically destructive practice that can permanently damage the marine habitat and threaten already endangered or vulnerable species further (read more here).

Midwater trawling is also a threat to cetaceans like whales, porpoises and dolphins which get caught in nets and may be injured or drowned as a result (read more here).

How to Know You're Getting the Real Deal

A third issue within the commercial seafood industry is the issue of mislabeling.  Recent DNA tests taken around the country found that fully one-third of fish sold at retail outlets were mislabeled (read it here), a serious issue of fraud.

When purchasing fish at the market, you can purchase fish with the head which may help you to better identify the species of the fish being sold.  For those of us without ready access to fish markets, one of the best choices is to purchase our seafoods as directly from the producer as possible.

What I Buy: Hook-and-Line Caught Fish from Sustainable Fisheries

For my part, I've chosen to work with and buy from companies practicing sustainable techniques, like hook-and-line fishing, from sustainably managed fisheries where fish are plentiful, and moreover, I try to purchase my fish directly from the source when and where possible.

Among them are Alaska Gold Brand, a fishermen-owned cooperative that provides hook-and-line caught albacore, salmon, halibut and sablefish from sustainably managed fisheries.  I've also signed up for their loyalty program which delivers wild-caught salmon to my door once a month, at a small savings.  I also buy their albacore to use in recipes like albacore poke.

I also take a teaspoon of cod liver oil every day (read more about the benefits of cod liver oil here) for its omega-3 fatty acids, and vitamins A and D.  I buy Rosita Extra Virgin Cod Liver Oil, which is produced from Atlantic cod from sustainably managed Norwegian fisheries and caught by hook-and-line so that each fish is handled with care, maximizing quality. It has a fresh flavor, owing in no small part to the quality of fish used and the fact that it goes from fish to bottle in forty-eight hours. You can learn more about how it's produced here.