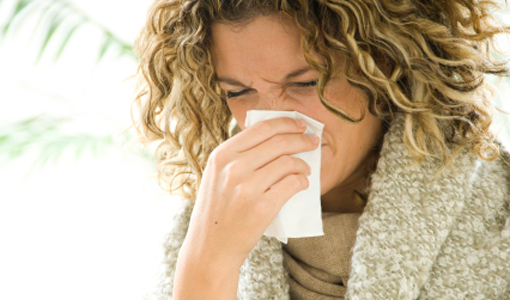 Cold and flu season has already hit – and it seems early.   My coworkers have been sniffling, sneezing and hacking their way through the workday since late last week.   And while my first line of defense is to limit exposure, try as I might, I can’t control the behavior of other people.   While I might call and urge them to stay at home and heal, they invariably head into the office with snot rags in tow.

“I’m on the mend,” they’ll say, stifling a sneeze.

“Just don’t come too near,” they’ll warn as though the virus has the courtesy not to venture beyond an invisible perimeter.

So, when the bugs of autumn and winter start making the rounds, I start working on boosting immunity naturally based on three primary methods: 1) whole food supplements, 2) nourishing foods and 3) preventative measures.

Acerola tablets, elderberry tincture, probiotics and cod liver oil all deserve extra attention during the cold and flu season.   Acerola is a berry that is extraordinarily rich in ascorbic acid – a nutrient known to enhance immunity and which, according to some research, is essential in the prevention and treatment of the flu1.   Elderberry may also prove effective in the treatment of the flu – particularly the H1N1 strain that has everyone and her mother concerned.   Indeed, recent research indicates that flavonoids found in elderberry compare favorably to tamiflu and other pharmaceuticals in the treatment of the H1N1 strain of flu2.

I also make sure to continue taking probiotic supplements and cod liver oil.   Probiotics work synergistically with the immune system – increasing your body’s ability to fight pathogens and reducing incidence of fever, stuffy noses and coughs3.   Cod liver oil is high in omega-3 fatty acids as well as vitamins A and D.   Vitamin D, in particular, plays a strong role in immunity and may also reduce incidence of cold or flu-like symptoms4.     You can find most of these immune-boosting supplements at any well-stocked health food store, but they are also available online (see sources).

We also make heavy use of particularly nourishing foods during the cold and flu season.   Fresh garlic, lacto-fermented foods, foods rich in ascorbic acid and homemade chicken stock are the focus during the cold and flu season.   Traditionally used among many peoples, garlic is known for many and varied benefits including its ability to fight colds, the flu and upper respiratory infections.   I also make it a point to serve plenty of lacto-fermented foods – particularly Moroccan preserved lemons which are rich in both beneficial bacteria and ascorbic acid – due to the beneficial effect of probiotics on the immune system.

Chicken bone broth, perhaps more than any other food, deserves a mention.   Chicken soup, like garlic, appears cross-culturally in reference to its healing properties.   Many components of traditional chicken bone broth contribute to its anti-inflammatory properties, and chicken stock is known to mitigate the effects of upper respiratory tract infections5.   We also make sure to eat plenty of foods rich in ascorbic acid – currants, peppers, berries and citrus all present good dietary sources of ascorbic acid.

We also are mindful of preventative measures we can take to improve our immunity and limit exposure to those wintertime bugs.   Beyond basic measures of handwashing, avoiding sick people, not smoking and not drinking to excess, we observe a few other preventative measures.   Namely, we boost our vitamin D levels by getting plenty of sunshine and we avoid refined sugars.   A diet high in refined sugar reduces immunity by disrupting the manner in which absorbic acid can be used by the body.   Good food can do wonders for optimal health.